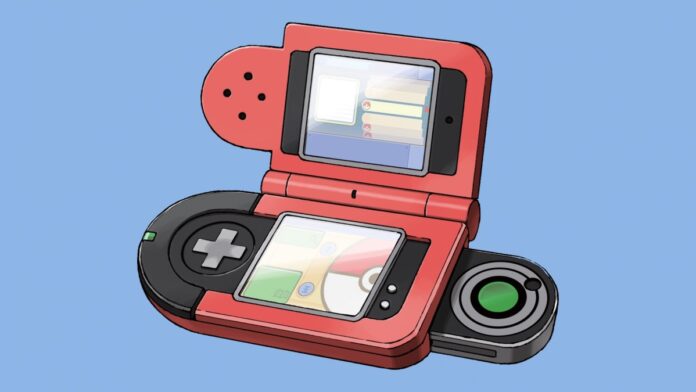 Any player of any experience can complete the Pokedex in Pokemon Brilliant Diamond and Shining Pearl. To do it, simply follow these tips which will tell you how to look for Pokemon and how to use trainers for it.

There are two Pokedexes in the games, the first one being the Sinnoh Dex that includes every Pokemon naturally found in the Sinnoh region. When you see every Pokemon on this roster, you will be able to unlock the National Dex, which will allow you to find and catch Pokemon that are usually found outside of Sinnoh.

Check What Specific Pokemon Are Where

In a specific context, there are Pokemon in the game who only appear at certain times and places. For example, you can only get Drifloon on Friday nights near the Valley Windworks. Clefairy is only on Mount Coronet (not including Underground spawns) and Marill is only in the Great Marsh. Spiritomb has a specific procedure for how to get it. Therefore it’s best to look those up beforehand so you don’t waste your time looking somewhere where they won’t show up.

Play In The Underground

In general, you shouldn’t rush through the game too much. Take your time to explore the Grand Underground and find statues in the mines that increase your chances of seeing unique Pokemon. You may often find rare Pokemon down here that you would regularly not find above ground. Another reason to explore down here is for the possibility of finding fossil Pokemon in the walls. Fossil Pokemon are rare units that can only be acquired when you find their fossil and bring it to the museum in Oreburgh City to be revived.

After you unlock the National Dex, be sure to go back to the Underground, as certain Pokemon who are usually found outside Sinnoh are now able to be found there.

If you have encountered the game mascot Dialga or Palkia depending on the game you bought, you might be wondering something; if you need to see the other one to complete your Pokedex but Dialga and Palkia are version exclusives, what do you do? Fortunately, it’s very simple. What you must do is visit Celestic Town and seek out Cynthia’s grandmother, who is the same elderly woman you met there earlier in the game. She will show you the counterpart of the mascot of your game, so if you have Palkia she’ll show you Dialga and vice versa. It’s an easy way to get a completion credit on your Pokedex without having to purchase the other version of the game.

Complete All The Trainer Battles

It can sometimes be tempting to skip a battle with a trainer by sneaking pasta them, but if possible, you should not, as they may have a Pokemon you have never seen before that is difficult to find in the wild. If you’re low on health and want to get past one to get to the next town to heal, go ahead and do that, as you can always return there. A good tip is to make sure that you’ve defeated all of the trainers in an area before moving on to the next one.

Related: Where to Find Mesprit, Azelf, and Uxie in Pokemon Brilliant Diamond and Shining Pearl

After you complete the story and defeat Cyrus on Mount Coronet, don’t forget to go look for Mesprit, Uxie, and Azelf, the Mythical Trio that you rescued from Team Galactic earlier. Mesprit will be at Lake Verity near Twinleaf Town, Azelf is at Lake Valor, and Uxie is at Lake Acuity. You can choose to catch them if you like, but just seeing them in the cave will credit to your Pokedex. Uxie and Azelf are straightforward to catch, but Mesprit upon your meeting will run away and will need to be tracked using the Marking Map app on the Poketch.

When on your journey, there are so many options for what Pokemon to carry in your party, who to raise for those gym challenges, and bring on your trainer journey. The reality is, you’re not going to see every Pokemon because it’s just not how the game flows. For example, you’re likely not gonna go out of your way to go through getting a Feebas unless Milotic is one of your favorites and you intended to get one. Fortunately, a lot of these rare Pokemon are in the teams of the Elite Four trainers, so just doing that challenge, even if you don’t win at first, will get you the completion credit in your Pokedex for those difficult to find Pokemon.

Use The Super Rod

Once you finish the Sinnoh Dex, you can get the Super Rod which will allow you to fish for very rare Pokemon who live in water. This will help you to complete your National Dex, as there are many Pokemon who can only be found with the Super Rod, one example being Dratini. 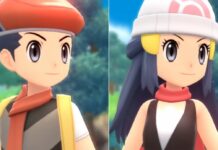 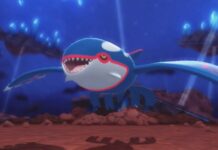 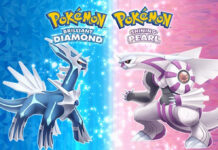