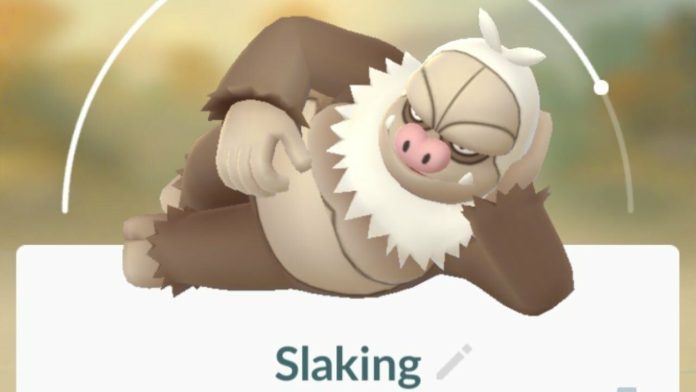 The 2016’s augmented reality game, Pokemon Go features a plethora of Pokemons which players can catch, evolve, and try them out in Gym Battles. With the availability of a wide variety of Pokemons that have unique movesets in each evolve phase, it is a daunting task to figure out some of the best movesets of Pokemon and let alone win every battle. In this guide, we will talk about the best movesets of the large, bulky, ape-like bipedal Pokemon – Slaking.

Slaking is a normal type Pokemon who is weak against fighting moves. Moreover, Pokemons like Machamp, Blaziken, Lucario, Conkeldurr, and Breloom will have easy time in defeating Slaking. So, if your opponent is using a slaking, you now know which Pokemon you have to use.

The best offensive moveset for Slaking in Pokemon Go is Yawn and Hyper Beam. Yawn is a normal quick move that doesn’t deal any damage. However, it generates fifteen energy. And, with enough energy players can perform Hyper Beam that deals a whooping 150 base damage.

The high DPS offensive moveset for Slaking is Yawn + Hyper Beam, so make sure to use it and check it out yourself.

When it comes to defense, the best moveset for Slaking is Yawn + Play Rough.

Here is the list of best offensive and defensive movesets for Slaking in Pokemon Go.