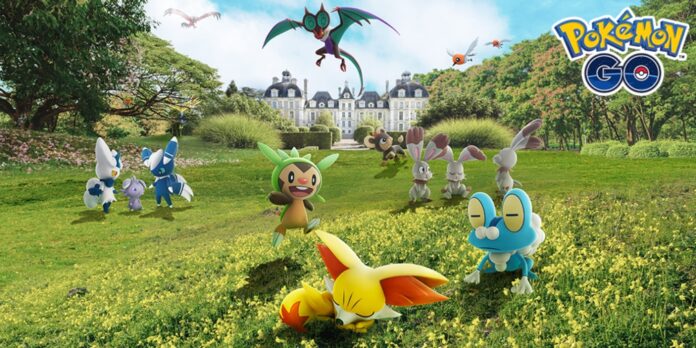 Pokemon GO features monsters taken from many different regions of the series’ universe, but it was not yet the time for those from the Kalos region to make their debut. Up until now, that is.

Starting today, Pokemon from the Kalos region have started appearing in the wild, and a new event to commemorate the occasion has been launched.

The Kalos Celebration Event, which will run until December 8th, is celebrating the introduction of the Kalos Pokemon in Pokemon GO with tons of rewards. These rewards will be handed out to those who complete the new challenges which are focused on the new monsters.

The event also makes it easier for Chespin, Fennekin, Froakie, Bunnelby, Fletchling, Litleo and Noibat to appear more frequently in the field. These monsters will also continue to appear even after the event has ended, only they will not appear as frequently, so you’d better get moving if you want to catch all of them without having to walk for miles upon miles to encounter one.

Pokemon GO is now available on iOS and Android worldwide.