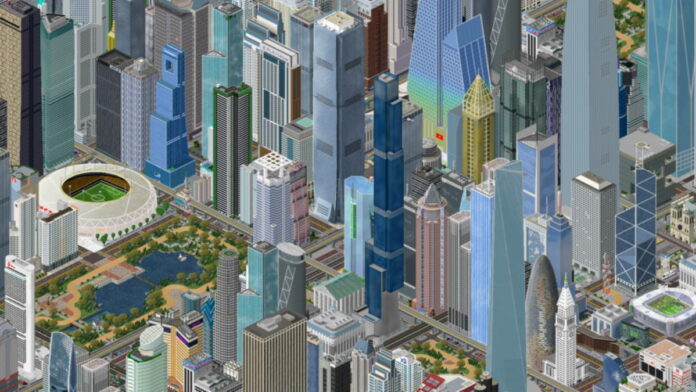 TheoTown is a robust and in-depth city building game where players get to build their own town from the ground up. While the game has plenty to offer on its own, TheoTown also has extensive mod support in their built-in plugin store. You can download user created buildings and facilities from the plugin store to expand your city. Today, we’ll show you some of the best plugins for TheoTown!

Ferris Wheel by A dutch Guy

Want to make your city pop out? Why not put a giant Ferris wheel right in the middle of it! This plugin adds a big Ferris wheel, and with the most recent update it even has a night mode too, so it can light up your city even in the darkest of night.

The skies are covered in rainbows! These vibrantly colored hot air balloons will light up any city, and it’s perfect for those looking to make their city more festive.

The National Monument by Arif

The National Monument (Indonesian: Monumen Nasional) is a 433 ft tall tower in the center of Jakarta. It was constructed as a symbol of the fight for Indonesian independence. This breathtaking and historic tower opened in 1975, and now it can be in your city!

This plugin adds some new types of buildings for wealthy industrial zones. This pack is perfect for those looking to give a little more variation to their industrial structures.

6×6 Industrial Compound by A dutch Guy

This is another plugin that adds more industrial complexes to your city. This industrial compound takes up 6×6 tiles and features night animations with detailed textures.

Related | How to Build Bridges in TheoTown

Among Us Statue by michaelbello123

Things are getting a little sus! This plugin lets you purchase a giant statue of a crewmate from Among Us. If you’re a fan of the social deduction game that took the world by storm, this plugin is for you!

The Highway Gas Station is an 8×8 commercial building that’s modeled after the pit stops on the sides of long highways. You know, the ones you see when you’re driving cross-country? This station makes a nice accent on the outskirts of your city.

The Fire Headquarters is a new and improved fire station, and a much fancier one at that! This fire department has rooftop gardens, a sizable interior, and nighttime decor.

These are just a few of some of the coolest plugins for TheoTown. We chose these plugins based on ratings and downloads, but there are plenty of more plugins to discover! Do you have any favorite plugins? Let us know what they are in the comments below!