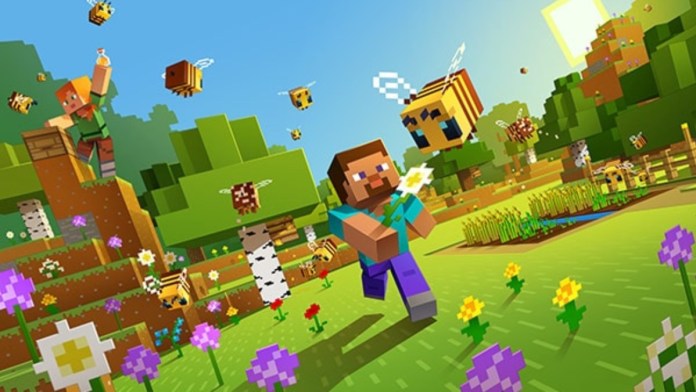 Randomly generated Minecraft worlds are covered with beautiful landscapes and fascinating structures. Almost everything in a Minecraft world depends on the seed used for generating it. By default, the game chooses a random seed for creating the world. However, players can select a seed to get biomes and structures of their choice. In this article, we have shared some great seeds for Minecraft PE version 1.16 and above.

In this seed, players can discover two desert villages and plain villages within a few hundred blocks from the spawn. A desert temple also generates near a desert village at X: 152 Z: 104.

Massive village with stronghold underneath (Seed: 2166565)

This Minecraft PE seed might not have a special spawn area, but players can discover a rare structure combo by going south from the spawn. At X: 616 Z: 1,032, players will find a large village in a plains biome. This village also has a blacksmith house which might contain valuable loot. Underneath the village, players will have to mine a little to discover a stronghold.

Like the previous seed, players can find a village with a stronghold beneath at X: 1,048 Z: 152. Moreover, this seed has a pretty spawn area for building a survival base.

This seed has lots of desert temples and pyramids around the spawn area. Players can spot the first village at X: 104 Z: 152. A desert temple and village can be found together at X: 328 Z: -200. Similarly, the massive desert area is filled with many villages and temples.

Players will spawn in a savanna biome next to a savanna plateau in this seed. There are two villages and an ocean monument near the spawn region. Here are the coordinates to notable areas in the seed:

After the 1.18 update, Minecraft worlds can sometimes be too much weird. In this seed, players can find a pillager outpost in the sky with a floating aquifer, a woodland mansion with a village attached to it, and an ocean monument with a stronghold all in one place.

In this seed, players spawn in a plains biome next to a jungle biome. There is a plains village near the jungle biome at coordinates X: 264 Z: -344. Players can travel deeper into the jungle to find a jungle temple at X: 376 Z: -472. Jungles have tons of wood and bamboo, which are helpful in the early game.

If you have any cool Minecraft seeds to share, feel free to mention them in the comments for us to check out!