I want to be honest and say that I was expecting a lot more from the game based on the previews and not a Kim Kardashian: Hollywood with a wizardry theme… but it could’ve been worse. There are some interesting elements for sure and so far I am enjoying playing the game, even though it’s not what I was expecting.

Either way, the entire experience can be improved a lot if you follow our Harry Potter: Hogwarts Mystery tips and tricks included in this strategy guide, so let’s not waste any time and check them out below instead!

Don’t rush to get to the next chapter!
I know that you can’t wait to complete year 1, then 2 and so on, but Hogwarts Mystery is a game where patience matters a lot. Although not as fun as cruising through the missions, grinding courses is the only way to go if you really want to be good in the game.

This means that you can and should complete each course multiple times per chapter in order to boost your character’s attributes (Courage, Empathy and Knowledge). I recommend doing each class twice during each chapter in order to keep things maxed out and make it a lot easier for you to do everything you want in the game.

These attributes are extremely important because they allow you to give specific answers during conversations if you have a high enough level and they are also used to give you bonuses during talks with other people in the game. So leveling them up often is the way to go.

Also, completing courses over and over again will reward you with XP points and regular coins, as well as potential free gems (but we’ll talk about this a bit later).

A great moment to start a new course is while waiting for the timer on a new story to go down. While waiting, start one of the classes and by the time you’re done, the new story will most likely be ready too. Just make sure that you have enough energy to complete everything you start!

Best rewards to choose during quests
During the quests and classes, when you reach a new star, you will usually be allowed to choose an extra reward. These vary from extra points to your attributes, regular coins, energy or even Gems.

I would recommend picking them in this order, based on what you get to choose from: Gems first, attribute points second (choosing the attribute that gives you the highest number of points), regular coins and rarely (if ever) energy.

Unless you really want to roleplay, coins are not that useful in the game: you need them to begin the friendship quests and also for purchasing new clothing items, but the latter are pretty much useless in the game. So keep your coins for missions and choose the better rewards instead!

Get free energy
Getting extra energy in this game requires a lot of waiting or a ton of Gems spent on replenishing it. Fortunately, there are some areas in the game that give you extra energy every now and then.

Basically, it’s best to explore Hogwarts and tap everything, hoping that you will earn some energy. You never know what you will stumble upon… but until then, here are the places I found to guarantee some free energy to your character:

Remember to collect from these only when your energy is low: if it is already maxed out, it won’t be added so you’re just wasting energy. Return every now and then to collect more.

The time lapse cheat
In some games, there’s the so called “time lapse cheat” that allows you to set your device’s clock to a time in the future and this fools the game into thinking that the time has actually passed in real life.

However, in Harry Potter: Hogwarts Mystery this cheat doesn’t work as the game communicates with a server online and reads the exact time from there.

Winning duels
Out of everything in the game, the duels are probably the biggest disappointment and hopefully they will be improved in future updates (although I doubt it’s possible).

However, duels right now are nothing but a game of luck and ability to draw the symbols on the screen. Since you don’t really know what your opponent is going to do, you choose an action and hope it will be stronger than what your opponent does. So winning duels is a matter of luck, more than anything else.

You can reduce this luck factor a bit if you keep a close eye on what the opponent is doing and anticipate the spell… that is if you are extremely familiar with the possibilities.

Getting points for your house & winning the House Cup
At the end of the year, you want your House to be the winner of the House Cup because that rewards you with 100 Gems, which can be extremely useful! However, it’s not very clear how to score points for your House and on most occasions you will get them (or lose them) without knowing that’s about to happen.

However, most house points are won or lost during interactions with the teachers. So make sure that whenever you interact with them, you always choose answers that you feel will be best in that particular situation. Don’t try to make things worse and always go for answers that go hand in hand with the traits of the house you have chosen.

Also, paying attention during lessons is extremely important as you will sometimes be asked something related to the text during class and other times the questions will be related to the Harry Potter Universe. If it’s the latter and you don’t know the answer, perform a quick Google search and you will be top of the class, winning points for your House easily!

Usually, when you have multiple choices, go with the ones that require a higher level in one of the attributes of your character as that gives the best reward. But use your common sense and make choices that you would in real life: if it’s proven to be a bad one, at least you chose what your heart or brain told you to. It’s not the end of the world if you make bad choices every now and then!

These would be, for now, our tips and tricks for Harry Potter: Hogwarts Mystery. We’ll have more in depth guides for specific areas of the game published soon and we’re still looking for any working cheats. Until then, feel free to share your own tips and strategies with us by commenting below. 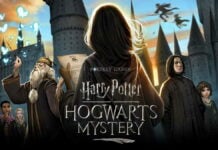 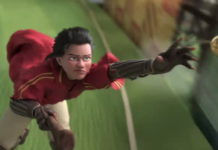 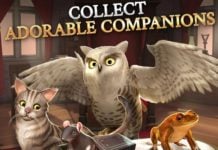