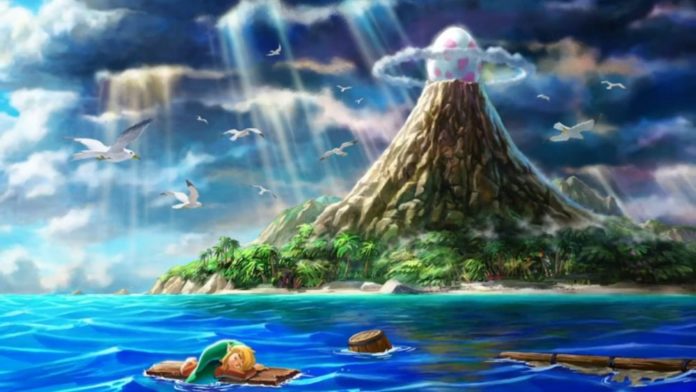 2018 has been a great year for Nintendo Switch players, thanks to the release of many excellent games like Super Smash Bros. Ultimate, Octopath Traveler, Kirby Star Allies, Pokemon Let’s Go Pikachu & Eevee, Super Mario Party, and others.

2019 is possibly setting out to be an even better year. While the first four months of the year have been devoid of major releases, not counting the platform game Yoshi’s Crafted World, the upcoming weeks will be filled with new entries in popular series as well as some brand new games that will prevent the console from gathering dust due to not being used so much.

Here are our own most anticipated Nintendo Switch titles releasing this year.

Astral Chain is one of the brand new games not belonging to established series releasing on Nintendo Switch this year. The announcement itself was a surprise since developer Platinum Games is also working on another Nintendo Switch exclusive, Bayonetta 3. 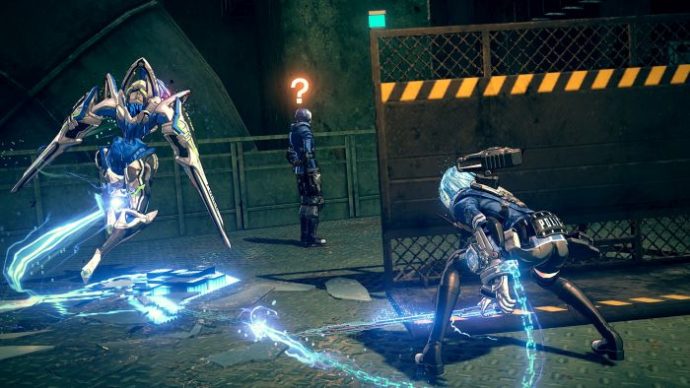 The new game from the studio that created some of the best action games released in recent years is going to set itself apart from other similar games thanks to some of its unique features, like the futuristic setting and gameplay mechanics, which seem to focus on the synergy between the game’s two main characters. While very little is currently known about Astral Chain, the fact that development is being led by Nier: Automata lead game designer Takahisa Taura and supervised by Devil May Cry, Bayonetta creator Hideki Kamiya guarantees that the game is going to be a quality one.

Following the success of Fire Emblem Awakening, the Fire Emblem series has become one of the most beloved Nintendo franchises ever. This year, the series by Intelligent System will make its grand debut on Nintendo Switch with Fire Emblem: Three Houses, a game that will feature a mix of old and brand new features.

Fire Emblem: Three Houses will be set on the continent of Flodan, where three rival nations live in peace. At the center of the content is the Officer’s Academy, which is ruled by three noble houses – the Black Eagles, the Blue Lions, and the Golden Deer. Students from all three nations attend the academy. 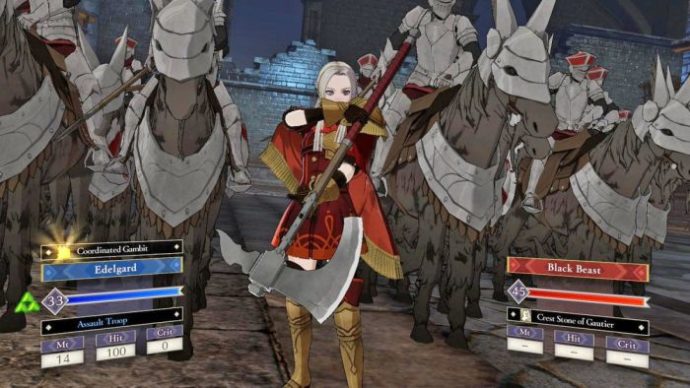 Fire Emblem: Three Houses also shakes up the classic Fire Emblem formula in many ways, such as allowing all characters to access more classes than ever, unlocked through Certification Exams, the ability to improve skills in all weapon types and more.

With so much on the plate, Fire Emblem: Three Houses seems like a worthy continuation of the series, and a game that no fans of tactical role-playing game should pass on.

The Luigi’s Mansion series is among the most interesting spin-off series of the Super Mario Bros. series. It’s been a very long time since a new entry has been released on a home console, but this year it will be possible to enjoy Luigi’s Mansion 3 on a big screen. 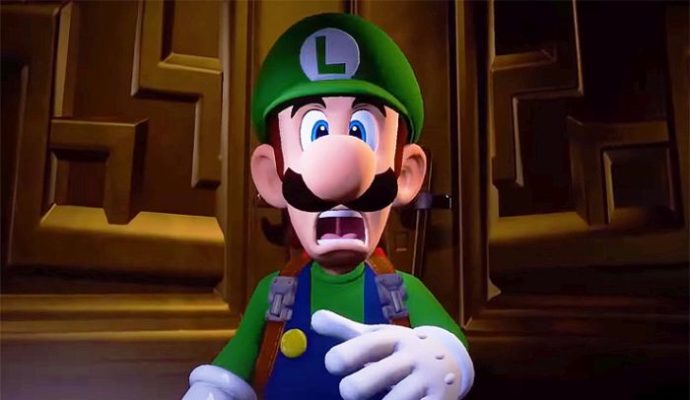 Sadly, very little is known about Luigi’s Mansion 3 as of now. The only trailer that has been shown so far features Luigi with a new Poltergust Vacuum which can fire plungers and use jet propulsion to jump. The game still seems to be set inside a haunted mansion, so expect to hunt a lot of different ghosts and other creepy enemies.

Luigi’s Mansion 3 launches on a yet to be confirmed 2019 release date.

The Pokemon series made its debut on Nintendo Switch with Let’s Go Pikachu & Eevee. The two games, however, are remakes of the original Pokemon Games, which somewhat limited what Game Freak could do with them. Things are about to change later this year, as brand new entries in the series are in development for Nintendo Switch. 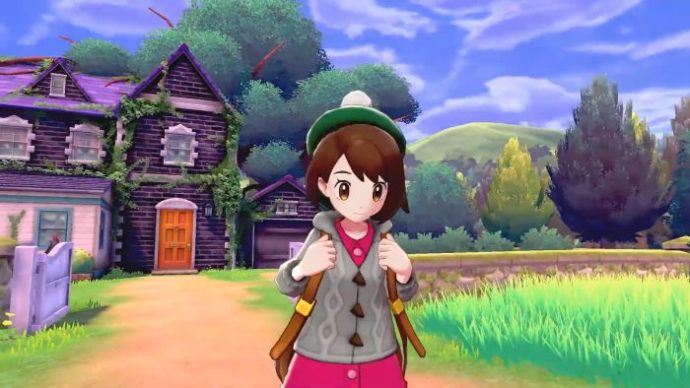 Pokemon Sword And Shield promise to move the series forward in every possible way. The two games will be set in the Galar region, a region that vaguely resembles the UK and that will feature some diverse environments like plains, forests, snowy mountains and caves. Gyms will also make a comeback, and players will have to defeat their leaders to become a Pokemon Champion.

Couples with the return of other familiar features, like random encounters on the field for Wild Pokemon, and a brand new Pokemon generation, Pokemon Sword And Shield will surely make all fans of the series happy.

Super Mario Maker is arguably one of the best games released on the Wii U console, allowing players to design their own Super Mario courses and play through those created by other players. The game is just perfect as a handheld title as well, but the 3DS release was far from being optimal, due to some missing features. This year, however, Nintendo Switch owners will not only get the full Super Mario Maker experience but an expanded one with Super Mario Maker 2.

Super Mario Maker 2 introduces so many new elements that it will be very interesting to see what players will be able to come up with, such as slopes, modifiable auto-scroll direction, new enemies, tools, themes, and items. The visual and gameplay styles have also been expanded, and now include the Super Mario 3D World style, which will finally allow players to create 3D stages.

The Legend of Zelda: Link’s Awakening

The Legend of Zelda: Breath of the Wild set a new standard for Zelda games, featuring an incredible open-world experience that’s rivaled by very few other games. While we will probably not get a similar experience for quite some time, Link is still coming back to Nintendo Switch later this year with The Legend of Zelda: Link’s Awakening, a remake of the original GameBoy game released back in the 90s. 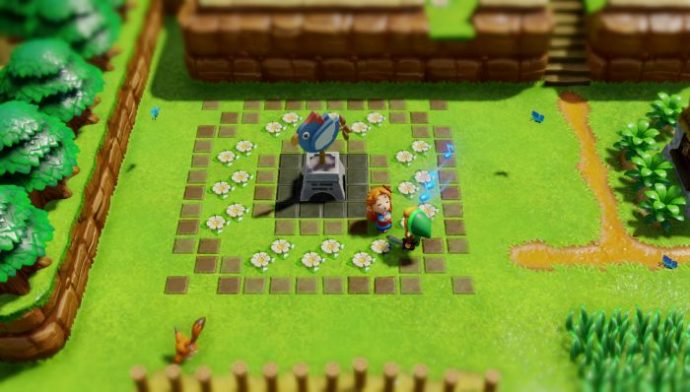 Very little is known about The Legend of Zelda: Link’s Awakening as of now. The debut trailer showed some amazing graphics, but everything else is shrouded in mystery. The original game plays like a lite version of A Link to the Past, so we should expect the remake not too stray too far. The game may also feature some sort of co-op and multiplayer features, judging from its listing on the Nintendo Official website.

The Legend of Zelda: Link’s Awakening launches this year worldwide.

As we are still in April, there are likely more surprises coming this year on Nintendo Switch that have yet to be announced, but as of now, these are our most anticipated titles. Which ones are yours? Let us know in the comments.