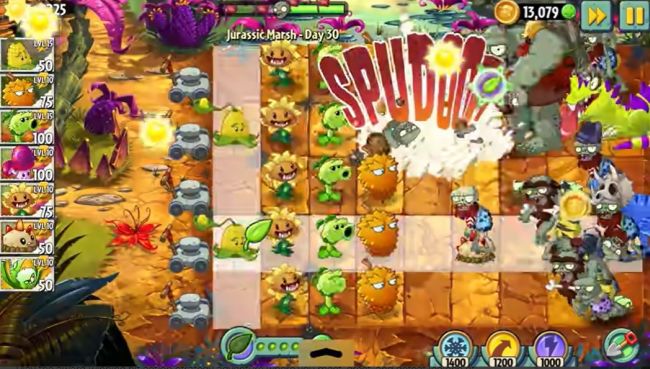 With the new year, comes a new list of the best free strategy games for Android and iOS, so if you are a lover of the genre just like myself, then you will probably look for some good titles to keep you distracted and challenge you every step of the way!

Now while the year has just started, there are not a whole lot of new games out there, but the ones that I have mentioned down below are definitely some of the best ones that we have played, so if you haven’t gave them a try yet, you should!

The types of games included in this list vary quite a bit, but at their core they all require strategic thinking and that’s why you will see names varying from Plague Inc to Hearthstone!

But enough with the introductions – you are here to see our list of the best free strategy games for Android and iOS in 2020, so let’s dive right into it!

This is one of my all time favorite games, but despite my bias towards this game, it is a very well made game which will take the one wrong step that you did and turn the entire game against you.

If you haven’t played Plague Inc. before, then all that you need to do is that you are the bad guy here. You are tasked to spread the viruses, prions, fungi and even the Ape gene all around the world in hope of infecting everybody, and in most cases, killing the entire human race.

Now that sounds simple enough, but you also have to avoid the cure researchers and try to slow them down so that they will not exterminate you!

It’s a very exciting game, and if you haven’t played it before, then you’re in for a treat. Just make sure that you charge your device’s battery beforehand because once you start, you’ll probably be playing for a while!

Plague Inc. can be downloaded for free from Google Play and App Store.

The Battle of Polytopia

This game is an adorable turn-based strategy game which has very similar features to the Civilization franchise, except for the graphics of course. The poly graphics make this game adorable, but don’t let that fool you.

So if you want a free and good turn-based strategy game, you should definitely give it a try! Also, don’t forget to check out our game guide for further in game tips and strategies once you start playing!

The Battle of Polytopia is available on Google Play and App Store.

It should come at no surprise that Hearthstone is a good game, especially if you’ve played it before on PC.

For those of you who like strategy card games, Hearthstone is one which cannot go unnoticed. What else can I say, it features everything that a good card game features, with beautiful graphics as well as plenty of IAPs.

The gameplay of Hearthstone is similar to the one many other card games have, so if you are familiar with those, it will not be difficult to adapt. And now we know that the mobile version doesn’t have all the bling that the PC version delivers, but it’s still the same game overall!

You can download Hearthstone from Google Play or App Store.

UniWar is a classic multiplayer turn-based strategy game, which uses hexagonal tiles and allows players to make decisions based on what they want to achieve in the game.

From fighting various enemies, to putting your brain to work (a lot) you will be able to enjoy the classical features of a turn-based game.

Since the main thing that you need to focus on is your next move, you will have quite a lot of things to do and consider ever step of the way. While the graphics are not up there with the most beautiful games out there, it makes up for it with the good gameplay.

So if you are looking for a game which is all about strategy, UniWar can be the game for you!

You can download UniWar for free from Google Play and App Store.

All that I have to say about this game is that it’s beautiful and it has great gameplay. Not just that, but the strategic element here makes the game one where you have to think about your next move in defeating the opposing armies.

Dawnn of Titans is a game which lets you command immense armies and battle in real time with other players. Now, one thing that you really need to know about this game, is that there is power in numbers – so the bigger your army, the more chances of you winning the games!

So as the game says, go big or go home!

You can download Dawn of Titans from Google Play and App Store.

When it come to any Plants vs Zombies game, it is about strategy. All of the PvZ games are games which require a lot of strategic thinking because the levels get harder and harder and without the proper strategy in mind, you will not really pass.

So if you are new to the Plants vs Zombies world, there is one thing to know: you have plants which you need to properly place in order to defeat the incoming hordes of zombies. The placement is key here, as the whole level will lay in the hands of a few key-placed plants.

Therefore if you want a challenging strategy game, I would definitely recommend Plants vs Zombies.

You can download Plants vs Zombies from Google Play and App Store.

While the original Plants vs Zombies doesn’t have the option to play as the zombies, PvZ: Heroes does have it, therefore you will be able to crush those plants that you didn’t like in the first place and even take on PvP battles!

Quite like PvZ, PvZ: Heroes also relies on strategy, but it focuses more on the actual battles, as well as PvP, so try to keep that in mind!

You can download the game for free from Google Play and the App Store.

Do you like tower defense games? Well, how about this cute and addictive real time strategy game called Mushroom Wars 2? It’s a game which require you to outsmart other players and think your moves ahead of them.

The one thing that I have to admit I really love about the game, apart from the very adorable graphics, is the character design. The entire game is created in such a way that it will make you want to play battle after battle.

If you want a good RTS tower defense game, you should definitely download Mushroom Wars 2!

You can get the game for free from Google Play and App Store.

You might have not heard about this game before, but I feel like if you start playing, you might end up playing it for hours on end. Armello is a type of game which combines strategy with tabletop board games and card games, and that makes it just that much more interesting!

Aside from the great graphics and not too easy play style, you will be able to challenge your friends and once you’ve fully understood the game, move on to becoming the best in the land and claim the throne for yourself!

From complex decisions which arise in battles, to maybe not so difficult ones when it comes to picking a character, you will be faced with plenty of challenges, and until you’ve fully understood the game, there will be trial and error! So if you’re up for the challenge, then give it a shot!

You can download Armello from Google Play and App Store.

If you’ve jumped on the hype train with all of the newly released auto chess games that have overtaken 2019, well then in 2020 it will be not much different because of what I am going to write below – but for now, I am just going to drop off here Magic Chess: Bang Bang because it is a super fun and catchy auto chess game.

Magic Chess: Bang Bang features good looking heroes, who have powerful spells and an overall easy to understand gameplay. Of course, like plenty of other auto chess games out there, it also relies on luck, but mainly on strategy.

Since you will have to make do with what you get and try to win, even when the odds are in your favor! So if I’ve made you curious, give it a try!

You can download Magic Chess: Bang Bang from Google Play and App Store.

For now, these would be our best strategy games for Android and iOS to date in 2020. Do you know some more amazing strategy games worth sharing with the world? Leave a comment down below and we’ll take a look!