Home Guides The Battle Of Polytopia Cheats: Tips & Guide to Win All Your... 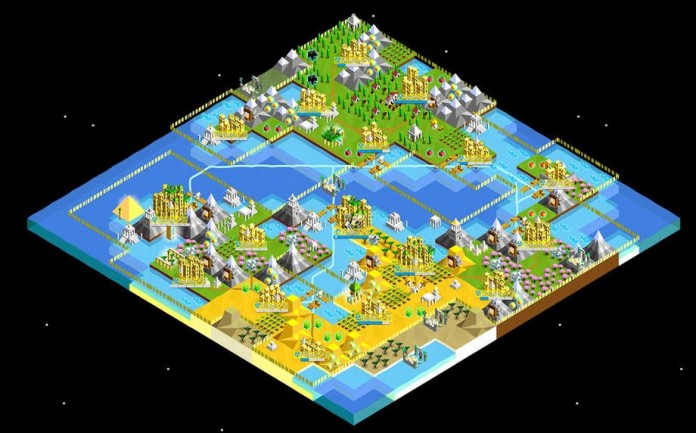 Super Tribes (now known as The Battle Of Polytopia) is an amazing minimalistic game, a mobile version of Civilization with extremely intuitive controls (having in mind there’s no tutorial!) and in depth gameplay that can keep you hooked for hours. It’s a beautiful game you will love and it’s almost unbelievable to see that there’s no pay wall for a free game. Before we get to today’s point – which is some The Battle Of Polytopia cheats and tips to help you get better at the game – I have to say this: spend the 99 cents for unlocking the Kickoo tribe and reward the developers for creating an absolutely astonishing game!

And now let’s get back to business and let’s get more in depth with this gem and check out below some The Battle Of Polytopia cheats and tips that will help you easily win all your games easily!

1. What tribe to play with
Each tribe starts with one free early technology, but my opinion is that the Oumaji are the best choice because they start with the Riding tech, which not only allows you to train Raiders, but you also start with one Rider. They are way better than the regular warriors and the best thing about them is that they have two movement points, which helps a lot early on in the game with exploration and even fighting.

2. Your second tech is vital
If you choose anything but the Oumaji to start with, the second tech for your civilization (the first you unlock using starts) should always be the Rider, in my opinion. If you start with the Oumaji, simply unlock the technology that you can use most to improve your city or cities: if you have many fish nearby, go for Fishing. If you have animals, go for Hunting and so on. You need a sort of resource-generating tech in order to level up your cities and get more stars for building even more.

3. What to choose when you level up a city
When you reach the required population, a city grows and gives you the choice of one important reward. I would always choose the extra star for the first level because that helps tremendously in the long run. The second upgrade is a bit trickier, but I would normally go with Resources if the city is not close to enemy lines and City Wall otherwise. Then, when you get the option for the Super Unit, that’s what you need to get!

4. Research the Swordsman ASAP
In my opinion, the Swordsman is the best unit for taking out all enemy units – and doing it fast, so rush to research and start training them as soon as possible. In order to unlock the Swordsman, you need to have researched Climbing and Mining first, and once I get them, I will train mostly Sowrdsmen and sometimes Riders.

5. Rush to conquer the tribes
I try to capture a city or, even better, destroy an entire civilization before I manage to unlock the Swordsmen, but once I do, I go full on attack and focus on raising my cities and training more troops. The idea is to capture all civilizations as soon as possible, to never worry about war anymore. The sooner you get it done, the sooner you can start focusing on getting more resources, training more troops and getting all the bonuses (because the game doesn’t end when you capture all civilizations). So capture them all as soon as possible, then cruise to an epic victory!

6. How to capture enemy cities
For a strange reason, it took me a while to learn that you can actually make the captured enemy cities your own, so I am sharing this with you here: once you have captured a city and you have a troop there, next turn the option “capture” appears when you select the troop. Do that and the city will be yours, producing resources for you and helping you win.

7. What the cities tell you
Since there is no tutorial, I will tell you what you might already know if you played the game extensively, but might not know otherwise: under your city, there are some small tiles. The dots on them show you how many troops that city supports (once city can’t support more troops than tiles), and they turn blue each time a new population is added. When you max out the population, the city will level up, giving you a bonus and the chance to support more troops.

8. Build everything around your cities
If you’re playing your cards right, after the first 15-20 turns, you will already have the other civilizations taken care of (or mostly destroyed), so you can completely focus on spending the stars on growing your cities and getting even more stars for a higher score. Build everything you can, harvest everything there is to harvest and only afterwards invest each turn in researching all the technologies. With a bit of luck, you can easily beat this game and have a super duper high score.

9. Max out the troops in your cities
Even after defeating all the civilizations, you should build troops in your cities – and always the most expensive ones, because these give you most points. Try to have the troops full in all cities for a maximum score gain. Build roads and connect then to your capital, build temples, explore the whole map – do everything there is to be done to get the most possible points from your game!

IF you do all these, I am sure you will do a lot better in the brilliant Super Tribes game. If you have other tips and tricks to share with us, don’t hesitate to let us know by commenting below.