Farming games are relaxing. Even though these games do not enjoy a huge fanbase like other genres, farm games have their own distinct set of players. Usually, these games involve harvesting crops, taking care of animals, planting trees, fishing, trading, and much more.

For Android users, the Google Play Store has no dearth of farming or country-life games. From Stardew Valley to FarmVille, here are some of the best farming games for Android phones and tablets.

Stardew Valley is like the Minecraft of farming games. Although the focus is on farming, players get to play other mini-games. Unlike other farming games, Stardew Valley lets players customize their farmer and even start a family.

Apart from farming, the game has a lot more to it. Players also have to fight some monsters, explore the mines underground, and also find treasure.

Undoubtedly, Supercell’s Hay Day has been one of the popular farming games on Android and iOS for years. The creators of Clash of Clans have certainly put a lot of effort into crafting this countryside masterpiece.

Players have to build, develop, and decorate their farms. They can make in-game friends, trade, go fishing, and do much more. Players have to take care of their crops, animals, and also all the factory units.

Township is at par with Hay Day. Both the games give each other a run for their money. They have many similarities, but what sets Township apart is the focus on developing a town. Hay Day has a laid-back village vibe that is centered on expanding the farm.

Players have to tend to their farms, trade goods with other countries, build their towns, and eventually manage a whole town. The game features places like cinema halls, zoos, and other architectural wonders like Big Ben, Statue of Liberty, and more.

Offered by Playday Games, Let’s Farm is a relatively newer kid on the block. It already has about 10 million downloads on the Play Store along with favorable ratings.

Let’s Farm has everything that players are looking for in a farm game. Players have to grow crops, nurture the farm animals, set up factory units, sell goods, and unlock more items as they level up.

FarmVille is a popular series of farming games and FarmVille 2 received more limelight. The game has lovely graphics and follows the gameplay of other farming games. Additionally, Farmville 2 can be played offline too.

Players step into the shoes of a farmer and tend to the farms and animals. With FarmVille 2, players can develop a coastal farm. There’s a lot to do – cultivate crops, customize the farm, bake goods, tend to farm animals, trade with friends, and more. 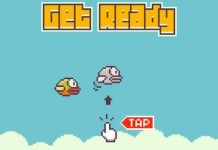 Flappy Bird Removal: A Ploy or For Real?