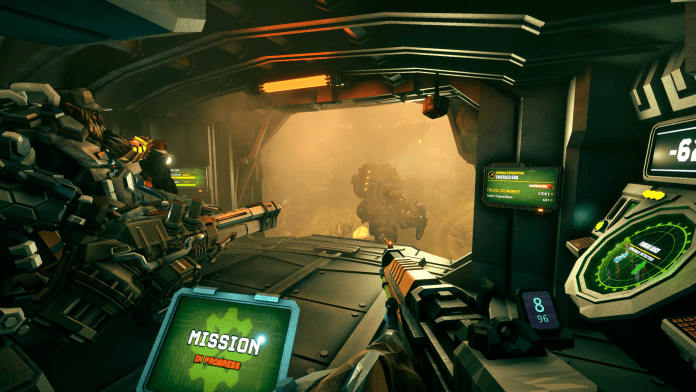 Deep Rock Galactic is an exciting multiplayer shooter that has some RPG mechanics. It features a few classes that you can play and you may want to know which of them is stronger. So, we are going to help you and explain how all of these characters work. This guide will tell you about the best classes in Deep Rock Galactic.

The first class we are going to talk about is called Engineer and it is quite useful. He has a few interesting devices that allow you to fight your enemies and help your comrades. There is a couple of simple damage-dealing things including a shotgun and grenade launcher. Also, this class has turrets that you can build to protect a certain area. However, the most important feature is the gun that allows you to create platforms and use them to reach different places.

The second class is the miner that is good at drilling tunnels. He has a huge device with a couple of drills that allow you to dig a long tunnel in a few minutes. Also, he is able to protect himself with the flamethrower and other weapons.

Scout is an interesting class that is able to jump here and there with his grappling hook. Also, he has a gun that shoots flares that are able to light dark caverns. As for combat weapons, Scout prefers combat rifles and swad-off shotguns.

Gunner is the last class in Deep Rock Galactic and he is quite tough. His main specialty is damage dealing and he is good at it with his big gun. Also, he is able to regenerate shields and place a zip lane that can be used to move around different caverns.

Who is The Best Class in Deep Rock Galactic?

As you can see, there are four classes and each of them serves different purposes. So, it is impossible to determine the best character among them and we recommend you choose the class that fulfills the role you want to play in your squad. However, if you play solo then we highly recommend you to pay attention to Gunner as he is all-rounded and able to deal with most problems

There are four classes that you can play in Deep Rock Galactic and hopefully, this guide will help you to choose the one that you like. Good luck in your further cave exploration!