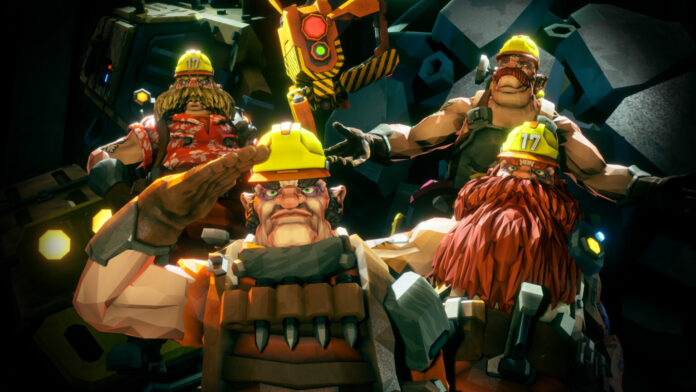 Widely regarded as one of the most exciting co-op first-person shooters, Deep Rock Galactic is a blend of mining and bug-blasting that offers a unique spin similar to Left 4 Dead.

Ever since the game launched on early access, a lot of players have been wondering if the developers will be adding cross-play to the game so they can play as danger-defying space dwarves with friends. So, does Rock Galactic have crossplay? Let’s find out.

Does Deep Rock Galactic have Crossplay?

The addition of cross-platform in Deep Rock Galactic would help in bridging the gap between different platforms especially after launching on PlayStation 4 and 5. The game amassed a ton of new players in its first season and by adding cross-play, the numbers would likely multiply.

However, cross-play in Deep Rock Galactic is currently available at a limited capacity where only Xbox One and PC users who bought the game from the Microsoft store can play together. In other words, Xbox and Windows 10 players are able to play together, but anyone purchasing the game on Steam or PlayStation will not be able to play with anyone outside of their platform.

This is disappointing for players on other platforms, especially since this is the first time PlayStation players have access to the game. However, developers Ghost Ship Games have stated that “the console launch will not include cross-play between Playstation and Steam or Xbox, but will support cross-generation play between PS4 and PS5.”

You can read the game’s original cross-play breakdown from the official website here.

Does Deep Rock Galactic have Crossplay?