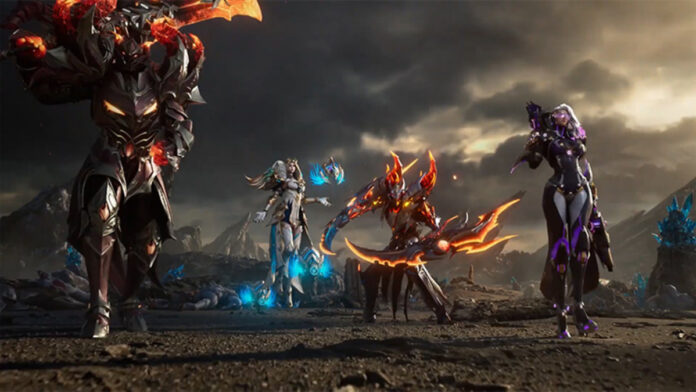 Dark Nemesis: Infinite Quest is a new Action MMORPG for mobile devices. The game has good graphics and interesting gameplay based on four classes that you can pick. These classes are different and you may want to find out the best class. So, today we are going to tell you about classes in Dark Nemesis: Infinite Quest and which class is the best one.

Dark Nemesis: Infinite Quest is an Action RPG that allows you to create a character that belongs to one of the four classes. All of them are different and it is quite a problematic thing to determine the best class. However, we can determine the best class for certain purposes. So, you will be able to choose the best option based on your preferences.

RELATED: What Does Each Class Do in Dark Nemesis: Infinite Quest

The first class is called Assassin and this is the best class if you want to deal lots of damage. However, this character is able to fight only in melee range and it makes him vulnerable. So, you will need to play carefully if you want to defeat your opponents.

The second class is Warrior and you may want to use him to tank the incoming damage. Also, this class deals a huge amount of damage and appears to be the best frontliner. However, he is limited to close combat and unable to defeat the opponents that stand away from him.

The third class is Gunslinger and this class is the best for those who want to deal tons of physical damage from a decent range. However, you should play carefully as this class is squishy enough.

The last class is called Mage and she is the best option for players that want to deal magic damage. She is able to obliterate her opponents with magic spells. However, it seems that she lacks mobility and it makes her the perfect target for fast damage dealers.