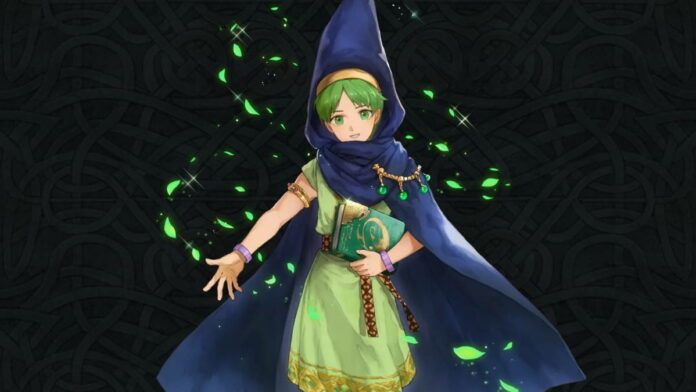 Young Merric is a well-rounded hero, with mostly balanced stats across the board. Thanks to his young and sprightly youth, his Spd stat is incredibly high, letting him land easy follow-up attacks. His weapon and specials further boost his Spd in different ways, giving him a lot of flexibility.

For some optimal builds, leave the Winds of Change on him and give him any kind of Reposition assist move. Most of his built-in passives are usually the best for him, and for his Sacred Seal you can use Swift Sparrow to further boost his Atk and Spd. If you need him to be a little sturdier, you can use something like Hardy Bearing.

Speaking of sturdy, Young Merric is everything but—he can withstand a couple of magic attacks, but he must avoid physical attacks at all costs. Even with Righteous Wind activating frequently, Young Merric is always in danger of being one-shotted. Thankfully, he’s got plenty of ways to avoid direct damage.

To recap, Young Merric’s default build is pretty suitable for his playstyle. He’s a strong mage that has access to a semi-reliable heal for his team, and he’s got lots of ways to avoid damage to make up for his low Def.

That concludes our guide on Young Merric in Fire Emblem Heroes. If you have any other build recommendations, let us know in the comments below!