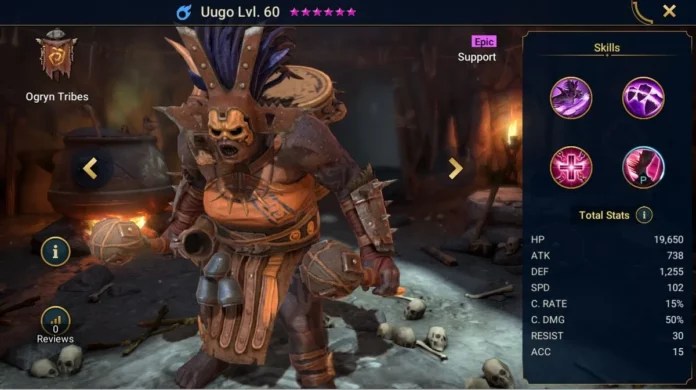 The game heavily relies on its Champions, of which there are a whopping 400+! Today we will be talking about one of them: Uugo.

Uugo is a Magic affinity epic from the Ogryn Tribes faction. He is a great addition to Raid with his unique mix of offensive and defensive capabilities.

His skills are as follows:

Uugo has an A2 that when booked and when paired with Sniper mastery will decrease an entire team’s defense and block any buffs. This is great for Doom Tower, Arena, Faction Wars, and any Dungeon.

He also has a leech on his A1, a small cleanse on his A3, and a situational team revive which paired with his passive that blocks damage when he is the last one alive is really possible to activate.