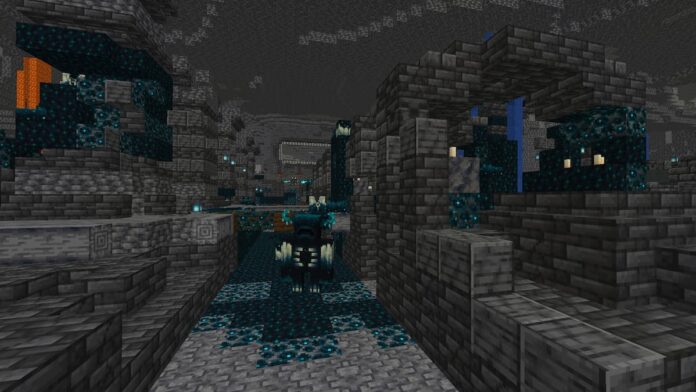 Mojang introduced deep dark caves and their secrets in Minecraft 1.19 update. This new cave biome generates at the deepest layers of the Overworld realm and harbors horrendous features such as the warden, sculk blocks, and ancient cities. In this article, we have listed some excellent ancient city seeds for Minecraft Bedrock Edition.

Ancient cities are the biggest structures in Minecraft and offer some of the rarest loot items. However, they are quite rare and are exclusive to deep dark caves. Players can use these world seeds to get spawn locations with a nearby ancient city.

In this Minecraft Bedrock seed, players spawn near tall and beautiful jagged peaks. But do not let the pretty scenery fool you; deep under the mountains, there is a giant deep dark cave. Players can find two ancient cities near the spawn point. The first ancient city is at X: -152 Y: -51 Z: 40, and the other at X: 104 Y: -51 Z: 168.

Ancient cities have a plethora of loot chests, and players can find rare loot like Swift Sneak enchantment, disc fragments, echo shards, diamonds, and more inside them. While visiting ancient cities, players might want to check out redstone rooms hidden underneath.

Related : How to Open the Secret Redstone Room in the Ancient City in Minecraft 1.19