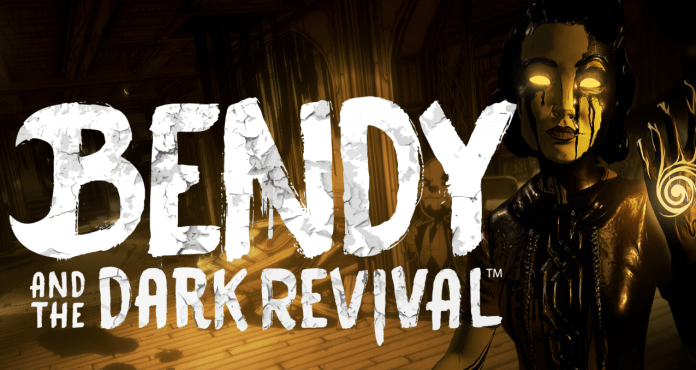 Before we begin, please note that there will be major spoilers in the rest of this guide. If you have not yet played Bendy and The Dark Revival or Bendy and The Ink Machine, and do not want to know what happens, do not continue past this point!

Players who have already completed the first in this series, Bendy and The Ink Machine, will know about the time loop in which all game events took place. The end of Ink Machine shows the player looping back to the very start of the game, to Joey Drew’s house. Here, Henry then says the first line of the game, letting the player know that this was not a flashback but actually a loop in time.

This loop meant that Henry was stuck in the ink world, losing his memory of defeating the Ink Demon every time he looped back to the start to Joey’s house. This also means, of course, that any characters who are killed during the game do not actually die, but are also caught up in the loop. It would make sense, then, for players to assume that the aim of the sequel, Bendy and The Dark Revival, is to break that time loop and save everyone stuck within in it.

The new protagonist in Bendy and The Dark Revival is Audrey this time, and not Henry. It is now Audrey’s job to break the loop and save all characters, good and evil, from inside this torturous time loop. In the game she meets Joey who acts as a sort of administrator, in control of everything and able to move within the studio wherever he wants. Joey reveals to Audrey that he is in fact her father, and Inky (Allison) is her mother. This means Audrey is part human, part ink and can move between worlds.

While Audrey moves through the game, meeting Joey and Wilson (who is responsible for creating the time loop), and trying to avoid Keepers, Henry’s time loop journey is still going on. Audrey also meets Baby Bendy who has trouble controlling his emotions. When mad, Bendy turns into a beast!

At the end of the game, during the boss battle with Wilson, Baby Bendy turns into Ink Demon and attacks Wilson. Audrey is on the edge of death at this point after the battle. Ink Demon offers Audrey a deal, to join him and be part of him. Audrey accepts, as she does not have much choice if she wants to live.

Related: Dash Through Black and White Cartoons with Bendy in Nightmare Run

Audrey and Ink Demon are now as one entity, and Joey turns up. After an emotional speech, Joey is killed for the final time. Audrey is distraught and angry. The final reel appears – The End – and Audrey picks it up. Playing the reel is the key to end this part of the time loop cycle and send Audrey back to the real world.

Players know, of course that the original aim was to end the time loop but now we know there is a bigger issue – the two worlds are colliding. The ink world and the physical world are melding together. Seeing Baby Bendy in the real world at the end of the game makes this very clear.

After an emotional cut scene, we see the Ink Machine and the ritual equipment being loaded up and taken away by a GENT Corporation truck… With the worlds colliding and GENT Corp seizing the machine, it is guaranteed that the next game will be as exciting as these!