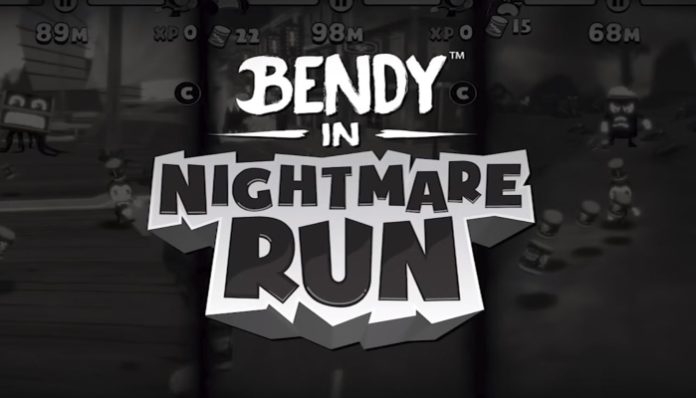 TheMeatly Games’ PC horror game Bendy and the Ink Machine comes to mobile platforms in the form of Bendy in Nightmare Run, an endless runner spin-off of the original game. The lost vaults of Joey Drew Studios has been opened, and now Bendy is running through cartoon history!

If you are unfamiliar with the original game, Bendy and the Ink Machine is a rather unique game. It’s intentionally modeled after classic black and white cartoons from ages past, giving it a wonderfully charming aesthetic. 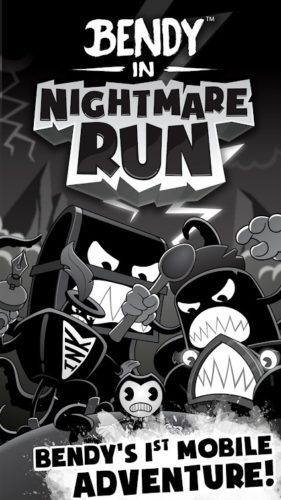 The pleasantries stop there however, as player character Henry ends up discovering a sinister secret about the Bendy’s universe. Bendy and the Ink Machine was a full on horror adventure game, but this one is a little more lighthearted since you’re playing as Bendy himself.

In Bendy in Nightmare Run, you will lead Bendy through four different distinct world, each with its own big bad boss. Players will run, jump, slide, and collect Bacon Soup cans to power up and unlock new features. 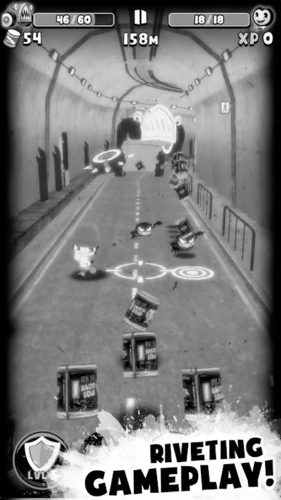 The amazing art style is worth a play through alone, but Bendy in Nightmare Run is a must-play for fans of the original game. Each level ties in with the original story as they have all been created by the mysterious Joey Drew. What secrets lie within? 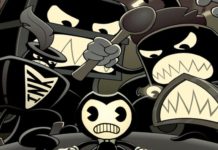