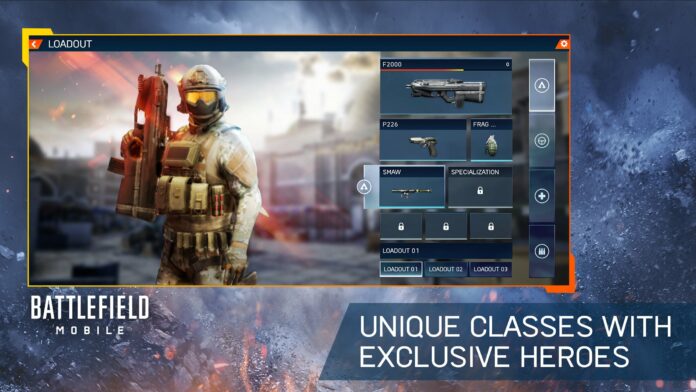 The widely popular Battlefield game will be coming to mobile sometime next year. DICE, the developers behind the game, haven’t yet given any release dates, but the company seems confident about the 2022 timeframe.

Android users can also participate in the pre-registration for beta testing of Battlefield. Recently, some screenshots have been floating around on Twitter that report a weapon to be present in the game, along with some scopes.

A Twitter profile named Battlefield Mobile Leaks & News has shared some interesting new details about the upcoming Battlefield Mobile game. In a recent post, the user has posted screenshots of weapons and different types of scopes that will be present in the game. You can take a look at the post below.

As can be discerned from the tweet, the leaker presents us with images of five weapons, as well as some scopes. As per the post, these weapons are:

The leaker also gives us information about three different scopes that will be in the game. These are:

If the leaks are true, then players will have a lot of options and weapon choices at their disposal. Battlefield mobile is still in its development stages, so some of these things might change over time. There is still no official confirmation about this, so it’s best to take it with a grain of salt.

However, with the developers opening the gates for beta users and Early Play Tests, we might get to see and learn new things about the game.