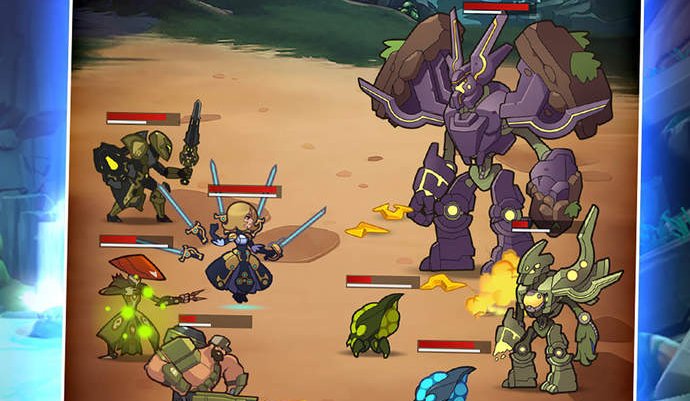 Recently, we wrote about the Battleborn companion app that has just been launched on the App Store and today we’re here with more: a complete Battleborn Tap guide, cheats and tips to help you get better at the game, recruit all heroes and destroy all the enemies and bosses as fast as possible. There’s not a lot in terms of strategy, but hopefully every little bit helps!

Battleborn Tap is a great endless tapping game that gives you the chance to recruit heroes from the main game and even win rewards for it. It’s fun, but we’re here to talk strategy, so let’s not waste a single second and let’s check out some Battleborn Tap tips and cheats below!

1. It doesn’t matter who you recruit first
The order in which you recruit your heroes doesn’t seem to have an effect on their base DPS and HP numbers: every new one will have a lot more on both and the only thing that is different is what abilities each one has. But, again, that doesn’t influence the game too much, at least in the early stages, so it doesn’t really matter who you select first: just go with those you like more. Or, even better, when recruiting your heroes, go for those that you already have Gear for as they perform better overall.

2. Complete the achievements
Check out the achievements and do your best to complete them: you get a lot of Premium Currency coins for that and it’s really worth it. Even if you don’t really pay attention to the achievements, you will unlock them through regular play, but it’s best to know what you’re doing and plan ahead a little bit.

3. Get all the free rewards that you can
You have the option to watch videos for premium currency or other goodies when you see the Drone flying by, and you should take advantage of that option every time it pops up: the rewards are worth the time spent watching the videos and, who knows, maybe you find out about a game that you’ll actually enjoy playing!

4. How to properly level up your Heroes
They can get extremely useful once you level them up, but in order to even get that option, you have to max their level upgrades. Try to keep things balanced and upgrade all your heroes first a few times, then focus on leveling them up one at a time: start with the first Hero you have, then work your way down to the better / more expensive ones. The game is pretty much balanced, so you will most likely get the maximum level upgrade for one hero and the cost of leveling up will be too high: when that happens, just work on the better heroes and so on. Finally, don’t forget about their health! Even though it doesn’t matter as much as damage, high health means that they survive for longer in battle and you don’t have to spend that much time waiting for them to revive. So upgrade their health as well and try to keep it at a decent level as well.

5. Mythstones and Artifacts
After passing a specific stage, you have the chance of collecting Mythstones when defeating a boss, and Mythstones are used to craft and level up Artifacts. These offer amazing bonuses and you get to keep them even after you prestige in Battleborn Tap, so they’re extremely useful. Of course, they are also pretty expensive, so dealing with them should be made after you consider a few things: always upgrade an Artifact if it costs less than purchasing a new one, but only IF you are satisfied with the bonuses it offers. If not, there’s no point in trying to upgrade them – just wait to get enough stones to purchase a new one and hope you’ll have better luck then.

6. How to Prestige properly
Whenever you reach stage 30, you can Prestige: this means that you reset your current progress and start over, but you get to keep all the Artifacts and Mythstones that you have, as well as the gear that you have equipped your Heroes with. Also, when you prestige you get extra Mythstones and other boosts, so it’s always a good idea to prestige as late as possible in the game, ideally when you get way better bonuses than what you got from the previous Prestige. Find the right balance here and right way to prestige and you’ll soon get a ton of Artifacts and you’ll quickly and easily progress through the new stages.

These would be, for now, out Battleborn Tap tricks and tips. If you have anything extra to add, let us know by commenting below. 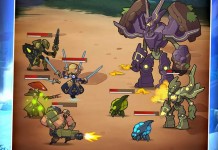