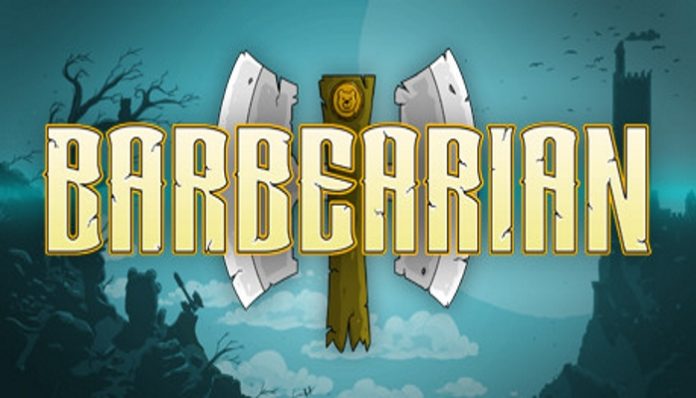 “Once you take the path laid out for you, how do you know if your soul still stays pure?”

And with that quote, Barbearian drops you into a new realm. You come face to face with a mythical being known as an “Arbitrator”. You have been selected to represent the human species, with a series of challenging trials laid ahead of you. With no choice but to face these trials head on to be judged, you hit that giant red button and steel your axe.

Barbearian is an intense, fast-paced hack and slash action game. You play as the titular Barbearian, a battle-hardened warrior who can take on hordes of foes and come out on top – which is exactly what you will be doing in this game!

The Barbearian’s moveset isn’t exactly the most complex thing ever, but that’s perfectly suited for an action game such as this. You can swing your axe in a wide arc, perform a charge attack that has a short cooldown, and use a rapid-fire machine gun once you find it. Barbearian can also unleash the tranquil fury stored within him after fighting through waves of beasts, temporarily boosting his attack speed, power and movement speed. 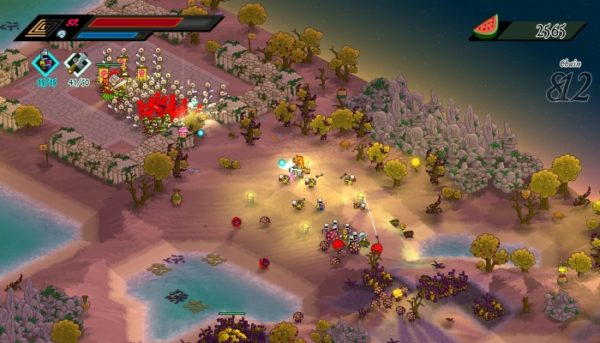 It’s a simple moveset, but that’s all you will need as Barbearian will test not only your reflexes and dexterity, but also your planning and wits. Each trial in Barbearian is carefully designed so that enemies will always come at you in large groups, but not all at once; groups are always separated by destructible barriers of some sort, so you have time to plan your attack.

This level design gives Barbearian some great pacing, as one minute you’ll be charging in swinging your axe like a madman, while the next minute you are stopping to process the best approach for this next group of enemies surrounded by cannons and archers.

This kind of pacing is also found during the combat itself. You can mow down melee enemies with ease, but once you start encountering archers you will need to rely on hit and run tactics. If you stay in one place swinging your axe nonstop, you will soon find yourself full of arrows. You will need to pick your opportunities and duck out before it gets too intense, and this is where Barbearian’s chaotic yet balanced gameplay shines. 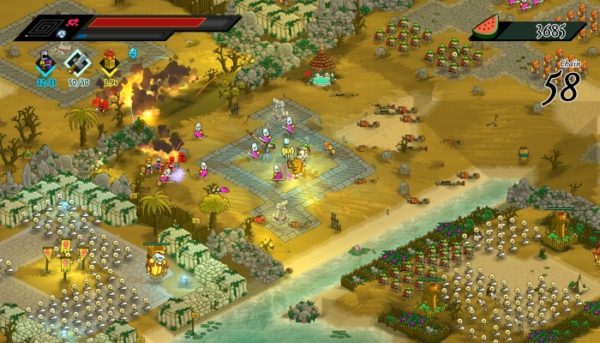 The hordes of enemies grow larger and larger with each trial though, and even the mighty need some back up every now and then. Each trial holds human prisoners inside these holding tubes, and freeing them will make them join your cause. Human minions will fight for you, and they can even be outfitted with gear that turns them into knights and archers.

One slight annoyance is that these tubes are set to self-destruct when you approach them, meaning that you have only a few seconds to successfully break the holding tube. If you fail, the prisoner is gone and you have to restart the entire trial – which are broken up into several segments – all the way from the beginning in order to have another attempt at rescuing them.

There were several times where we found ourselves accidentally getting too close to one of these tubes as we were planning our attack, because their detection radius isn’t clearly defined. You will just need to be careful when you see one, and make sure the coast is clear before you engage it. 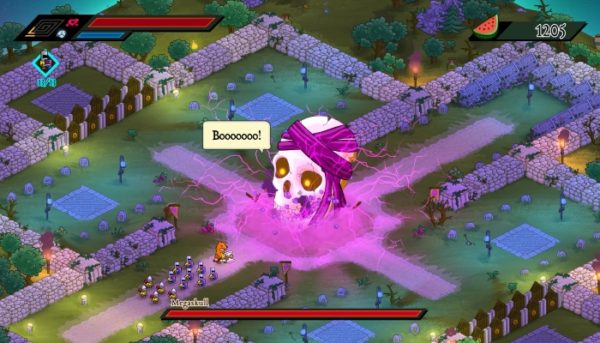 When you defeat the final captain in a segment, a portal will open that takes you to the next trial. After several seconds, the portal will begin to drag you towards it, forcing you to move on. This is also a bit of an annoyance, as there are sometimes goodies hidden around the level, and you will be denied the option to search for them if you take down the captain too early.

When you recruit your first minion, you unlock the Barbearian’s second ability to hold spirit energy. Your minions aren’t you, so they will go down fairly easily on the battlefield. Slain enemies will sometimes leave behind blue spheres, which is spirit energy. You can spend spirit energy at any time to resurrect your minions, and it’s a fun mechanic to lead your little army into battle while constantly reviving them.

Eventually you come across one of the game’s big bads, and these boss fights will challenge everything you have learned so far. These bosses are colossal, and you will need to weave in and out of danger as they do not leave themselves open to attack for long. Some of these battles are tough, so be prepared for a challenge!

Barbearian is a adrenaline pumping experience, and fans of fast-paced action games should not miss out on it!

Barbearian is available now on the iOS App Store.