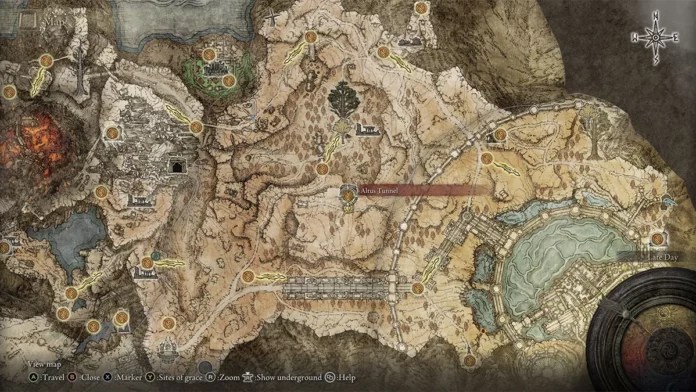 The Soulsborne games are known for their difficulty level, and Elden Ring is no exception. Each location has its own level of difficulty, some being less difficult than the rest. Today we will be talking about one of the locations in the game, namely the Atlus Tunnel, and where to find it.

Altus Tunnel is a Location in Elden Ring. This location is found in its namesake region, the Altus Plateau. To get to this location, players need to go directly south from the Minor Erdtree in Altus Plateau and they should be able to notice it immediately.

One interesting location here is The Perfumer’s Grotto. This might trick players into thinking it can be accessed from here but in fact, they are not interconnected.

The Atlus Tunnel is home to two minor bosses in the game:

As is with every Crystalian enemy, melee users would find them annoyingly difficult to damage until the crystal defense shatters. Once that happens, they should chunk their HP down till they die. For ranged and magic users, it’s even simpler because they don’t have to get closer and risk taking damage.