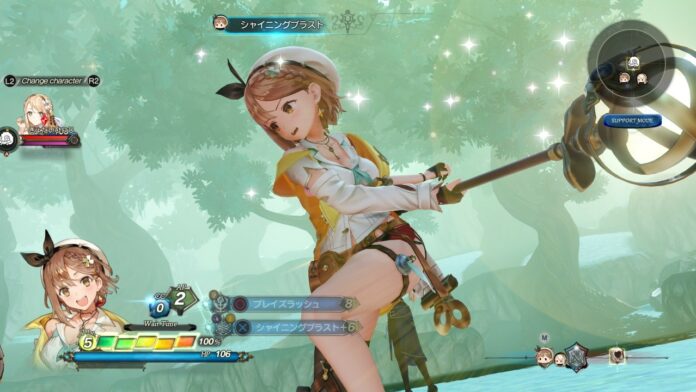 Atelier Ryza 2: Lost Legends & the Secret Fairy is releasing in a few months on Nintendo Switch, promising to improve the experience of the excellent first game with new features and enhancements.

The JRPG in development by GUST was among the games that have been shown during this year’s edition of the Tokyo Game Show 2020. The presentation, which highlights many of the aforementioned improvements and new mechanics, has only been available in Japanese as of now, but Koei Tecmo finally released the presentation with English subtitles, allowing those who do not speak Japanese to fully understand it. You can take a look at the presentation below.

Atelier Ryza 2: Lost Legends & the Secret Fairy is the direct sequel of the original Atelier Ryza. The game will see the return of many of the characters introduced in the original game as well as some new faces, and the improvement of pretty much every mechanic seen in the first game, like the alchemy and combat system.

The combat system, in particular, looks to have been improved quite a bit, allowing players to bring a support character in battle that will open up some interesting possibilities.

Atelier Ryza 2: Lost Legends & the Secret Fairy releases on Nintendo Switch on January 26 in North America and on January 29 in Europe.