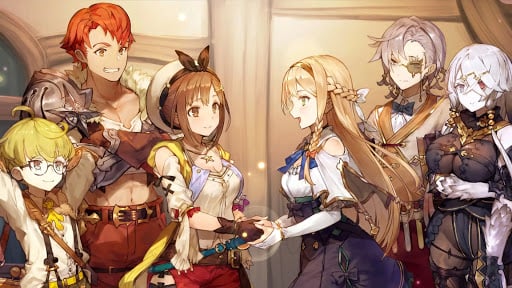 Atelier Ryza 2: Lost Legends & The Secret Fairy features a lot of different side-quests that grant players some very nice rewards upon completion. Among these optional quests are Character Quests, special quests that involve the main party members and that reward the player with passive skills upon completion.

Klaudia is one of the characters that join Ryza in her quests and she, like the others, provides a nice selection of quests that you should complete as soon as you can. Here’s how to do as easily as possible.

To complete the With My Friend quest, all you need to do is fight, and win, 15 battles with a party including Ryza, Klaudia and Patty. Any fight will do, so you can head over to a low-level area and clear all the monsters you find. This is an especially good strategy if you do not like using Klaudia too much or if she is underleveled.

To complete the Benevolent Heart quest, you need to create 5 Food items via Alchemy. There are a lot of very simple items to create, and there’s the chance you will clear this quest without even trying. If you haven’t already, you can just pick any Food item and make it 5 times, as you do not need to make different items to complete the quest.

To complete the Archery Training quest, you need to use Klaudia’s Shift Skill 20 times in battle. Shift Skills are those special attacks that are unleashed when switching between characters in battle. Just put Klaudia in the Support slot, and switch to her as soon as you can. You can get this done in a few battles if you go to a high-level area. If not, prepare to fight 20 battles, as it is unlikely that a low-level enemy can survive more than one Shift Skill.