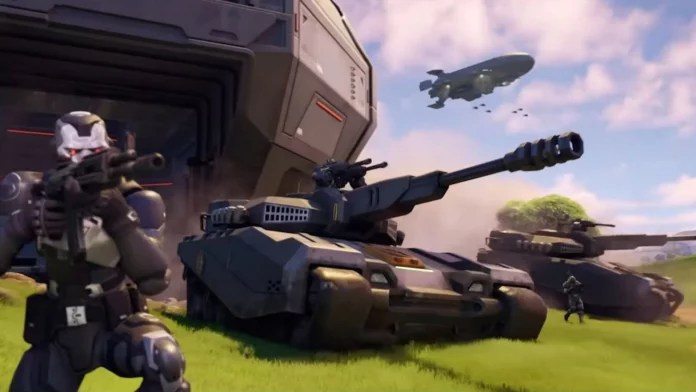 With Week 6 seasonal challenges now going live in Fortnite Chapter 3 Season 2, one of the quests asks players to get air time in an armored tank. Tanks are one of the newest vehicle addition and spawn all across the island. Armored tanks have been quite popular with players as they can literally destroy anything in their path and also take down enemies. In this article, we will list all armored tank locations in Fortnite Chapter 3 Season 2.

The current season started with eight tanks that spawned all across the island. However, as the Resistance grows strong, the Seven has managed to take some POIs back from the IO and tanks have been replaced with Battle Buses. Currently, there are only four tanks left. Below are all the Tank locations in Fortnite Chapter 3 Season 2:

The tanks do decent damage to enemies as well. Tanks deal 35 damage to an opponent when they are at the furthest possible distance from the shell impact, 70 for relatively close distance, and 120 for a direct hit. A hit on a vehicle will do 570. The mounted machine gun does a constant 35 to rivals.

RELATED – What is the Best and Most Overpowered Gun in Fortnite