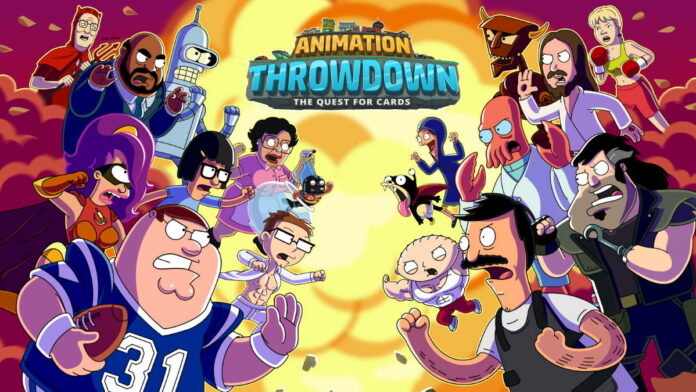 Animation Throwdown is the ultimate animation crossover card game, featuring five of Fox’s greatest animated shows! Players will collect cards of fan-favorite characters, and battle it out in fast and furious card matches. Each card can be combined with another card to create a powerful card combo, and with so many combos in the game, how do you which ones are the best? Today we’ll be looking at some of the best combos in our Animation Throwdown card combo guide!

We’ll be looking at only the Mythic rarity cards in Animation Throwdown. Mythic cards are the rarest cards you can get your hands on, and for good reason—they’re easily the strongest cards in the whole game. If you’re an experienced player of Animation Throwdown, you probably already have some Mythic cards, but if you don’t have one yet, they’re relatively easy to get, if not time-consuming. Make sure you log on every day to get the login reward, and do the side content like Rumble, Siege, Arena, and Event for more chances.

This list features the best combos for all Mythic cards. We’ll be sorting each character card by tiers, with their most favored trait combo listed next to them. The data for each character card was collected from Animation Throwdown‘s community research and opinions. These combos were rated on their raw power, utility, and versatility.

Related | How to unlock the Secret Fight Club in Animation Throwdown

Those are all the best combos for every Mythic character card in Animation Throwdown. We’re sure that you have your own favorite cards and opinions, so please let us know what you think in the comments below!