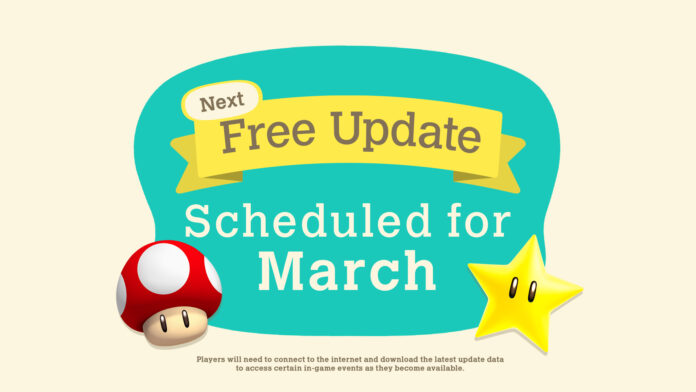 Animal Crossing: New Horizons has just been updated with new content, but it seems like Nintendo is not yet done introducing new content to their popular game. Or celebratring the Super Mario series 35th Anniversary, for that matter.

As confirmed on Twitter, the next Animal Crossing: New Horizons major update will be released sometime next month. Details on the update have yet to be revealed, but it has been confirmed that the March update will celebrate the Super Mario 35th Anniversary, celebrations that have been going on since last September.