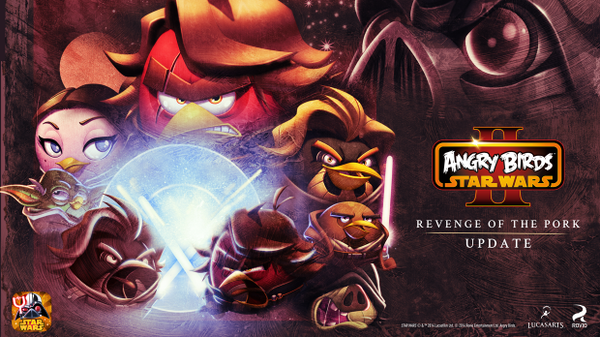 Angry Birds Star Wars II, one of the many entries of the Angry Birds series now available on the App Store, has received a brand new update today.

The new update is called the Revenge Of The Pork and includes 32 new regular stages as well as 16 new Master Your Destiny stages. If you have enjoyed the game and all the previously released content, there’s a good chance that you will love these new stages as well.

Another Angry Birds Star Wars II update has been released a couple of months ago. This update introduced content inspired by the Star Wars: Rebels animated series like 24 new levels as well as 12 new characters, 16 new Master Your Destiny stages and more. The Master Your Destiny stages are particularly interesting, since players are able to choose which birds to bring in each stage.

Angry Birds Star Wars II improves the formula of the original Angry Birds Star Wars in a few different ways. The new game is based on the first three episodes of Star Wars, starring Anakin Skywalker as he starts getting closer to the Dark Side and ultimately become the fearsome Darth Vader.