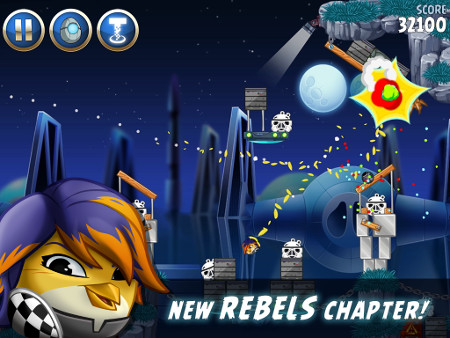 Following the new update, players will be able to play through 24 new leves as well as use 12 new characters. Also included in the update are 16 unique Master Your Destiny level, where players woll be able to choose the birds they want to bring into the stage. These stages add even more variety to the gameplay experience, as some players will definitely try to master these stages even with birds whose abilities are not really the best suited for the task.

Angry Birds Star Wars II improves the formula of the original Angry Birds Star Wars in a few different ways. The new game is based on the first three episodes of Star Wars, starring Anakin Skywalker as he starts getting closer to the Dark Side and ultimately become the dreaded Darth Vader.

Together with new characters, powers and stages, Angry Birds Star Wars II comes with a unique feature which allows gamers to use real figurines inside the game, a feature heavily influenced by the PC and console series Skylanders.