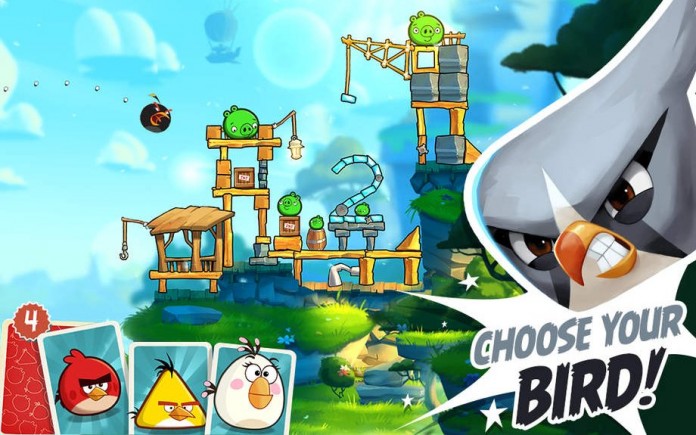 One of the most important things you need to know when playing Angry Birds 2 is what each of your birds’ powers are: this helps you decide when to use a particular bird for maximum destruction and actually helps you win levels and ace them with three stars. Not only that birds in Angry Birds 2 have special powers that prove extremely useful, but some are also getting bonuses when attacking particular tower elements – and knowing all that gets you one step closer to victory.

So let’s not waste any time and let’s check out below our complete guide to the Angry Birds 2 birds, their special skills and basically everything you need to know about them!

Red: The angriest bird of them all, Red is a powerful bird that has a special ability that can move strong stone blocks around: just tap the screen and it unleashes a gust of wind or energy that can break those difficult to break stones.

Blues: The little fellow splits into three when you tap the screen and goes through ice like no other. He’s great in combination with the Frost spell, but pretty useless against stronger materials.

Chuck: Chuck’s special power has him going straight in a line, like a bullet, once you tap the screen. He’s great at taking out wooden pieces – so have this in mind next time you have a stone structure standing on a few wooden blocks!

Matilda: The Angry Bird that actually produces eggs, Matilda drops an egg bomb when you tap the screen: and her eggs cause quite some blast! It’s also good to know that after laying the egg, she gets a bit of a boost that pushes her higher, making her extremely useful in stages where you can take out structures below and above by using her ability!

Silver: I must admit that I find her the most difficult bird to master so far, probably because she’s a new character… Her special power is to start a loop once you tap the screen and then go downwards from the point where the loop started. This ability is helpful in tight situations (where she can take out some blocks while doing the loops), but also for reaching hard to get to pigs hiding underneath the blocks. I have to admit, though, that this is my least favorite bird so far.

Bomb: Pretty straightforward, Bomb blows up either when you want him to (by tapping the screen) or when he wants to, after landing in a particular area. Both uses can change a game from an embarrassing loss into a major win, so don’t hesitate to use him in battle!

Terence: Big and chunky, Terence is a real tank that destroys everything in his way. He has no special ability, but the sheer power that allows him to break through anything is a game winner!

I hope that this helps with your bird knowledge and you will use them in each level to gain maximum advantage. If you need more Angry Birds 2 guides, check out our general tips and tricks article and our guide to spells. And don’t forget to check back here at Touch, Tap, Play for even more articles on this game!

Angry Birds 2 Guide to All Birds / Characters in the Game