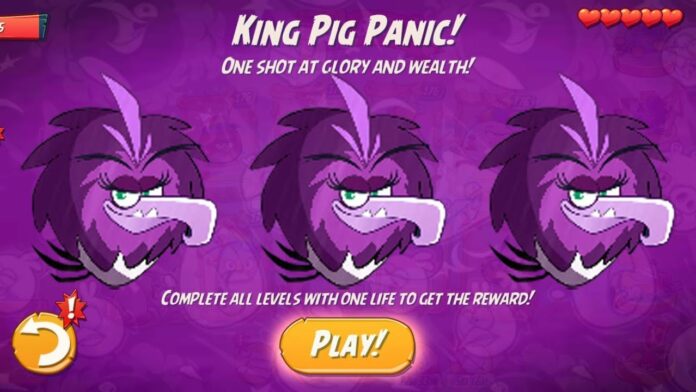 Angry Birds is one of the most popular and arguably one of the best franchises for mobile devices. These games are known for their interesting gameplay. There you will need to use a giant slingshot to launch angry birds into different structures and objects to defeat your opponents. Angry Birds 2 provides players with different events and challenges and today we are going to talk about the boss of King Pig Panic Daily Challenge. This guide will tell you how to defeat Zeta in Angry Birds 2.

How to Defeat Zeta in Angry Birds 2

Zeta in Angry Birds 2 is a boss that you will encounter in King Pig Panic Daily Challenge. In order to defeat this opponent, you will need to drop it from the map as it can’t die by simply falling on the ground or hitting an obstacle. The fight itself is some kind of a puzzle where you need to deliver the boss to the only hole in the arena.

At the beginning of the fight, you are able to look through the arena and find the hole you will need to use to defeat the boss. It will be covered with different constructions. Also, there are two pairs of portals colored in purple and blue. In order to defeat the boss, you will need to launch a bird into the blue portal above your slingshot. After that, the bird you’ve launched will come out from the second portal and destroy the construction that the boss is standing on.

When the platform will be destroyed, Zeta will fall into the blue portal. Then it will come out from the second blue portal and fall into a purple one. These portals are cyclic and the boss will continue to fall into one of them and come out from the second one. You just need to catch the right timing and hit the boss to push it to the structures in from of you that are protecting the only hole in the arena. After that, the boss will be defeated.