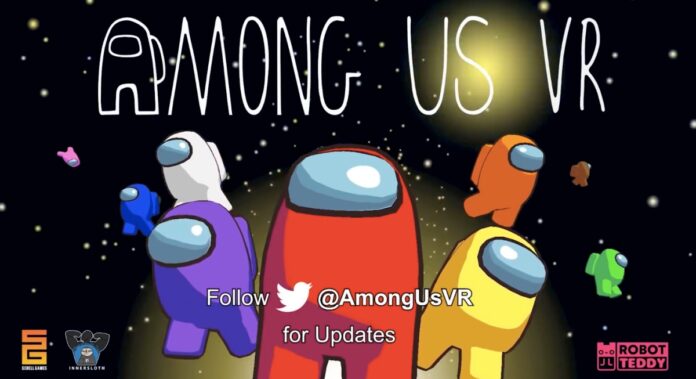 Among Us grew in popularity since its release and, thanks to the latest update with new roles and cosmetics, it has stayed a firm favorite with players. The online murder mystery mobile game recently brought in the new Roles feature, giving the Imposter a Shapeshifter role, and the rest of the crew three new roles: Scientist, Engineer, and Guardian Angel. The update also brought a new level rewards system where players could use Cosmicubes to unlock various cosmetic items. Pretty exciting stuff!

There is more exciting news announced recently with a brand new trailer showing a brief glimpse into what Among Us will look like in virtual reality.

The trailer was first shown at The Game Awards 2021. Check it out below.

Among Us VR Trailer

As you can see from the trailer, Inner Sloth has joined Meta to recreate the multiplayer murder mystery game in virtual reality for the Oculus. The gameplay will be the same as the mobile game, just far more immersive! We absolutely cannot wait to try this.

Let us know in the comments below if you will be downloading Among Us VR when it is eventually released!

Among Us VR Announced: Reveal Trailer