Home Guides All Roles in Among Us: Full Among Us Roles and Abilities List

Among Us has been refreshed with brand new features including the addition of 4 new roles for Crewmates and the Imposter. The roles add a new and exciting element to a game of Among Us and are fully customisable. The Shapeshifter role is the only role for an Imposter at the moment, the Scientist and Engineer roles are for living crewmates, and the Guardian Angel role is only for a dead Crewmate. Each has its own unique set of abilities- find out more below!

Among Us Roles and Abilities Explained:

You can set up which roles are available in your game in the game’s lobby by approaching the Laptop and tapping ‘Customize’. Go to the tab featuring the Crewmate and explore the role settings. In these settings you can add between 0 – 15 of each role, and change the probability percentage.

This role is for Crewmates only. The Scientist can access vitals at any point and check if there is a dead body without having to come across it physically. The portable vitals panel is battery run and the Scientist will have to complete their tasks to charge it. Advanced settings for the Scientist allow you to change the Vitals Display Panel cooldown time, and the Battery Duration.

This role is for Crewmates only. The Engineer can utilise a mechanic that previously only Imposters could use- venting. Venting allows an Imposter, and now an Engineer, the ability to move around the map freely (and often secretly) by jumping into one vent and popping out of another. This offers a chance to catch Imposters while they vent but also puts the Engineer in a dodgy situation as they could be accused of being an Imposter themselves if caught! Vent use is also limited for the Engineer. Advanced settings for the Engineer include altering the cooldown for using a vent, and the maximum time they are allowed to stay in the vent.

Related: Among Us Cosmicube Update- Beans, Stars, and More

This role is for crewmates only, and can only be used by the ghost of the first Crewmate killed. The first Crewmate to be murdered can use a temporary shield for the remaining Crewmates which could, if used properly, save their lives! The advanced settings can change the cooldown period for the protection ability, and the duration of the protection. You can also change whether the Imposter sees that the protection is on.

This role is for Imposters only. The role of the Shapeshifter allows one or all of the Imposters in the game to temporarily change their appearance, making them look like one of the Crewmates. This can confuse the team and perhaps frame one of the Crewmates, directing any accusations away from the Imposter. Advanced settings allow the player to change the shapeshifting duration and its cooldown, plus change whether there is evidence left behind when a shape-shift has happened.

Let us know in the comments below which role is your favourite! 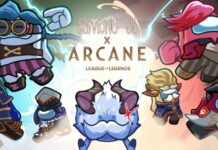 Among Us Arcane Collaboration Explained 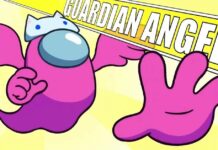 How to Play as the Guardian Angel Role in Among Us 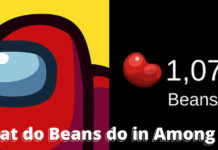 What do Beans do in Among Us?