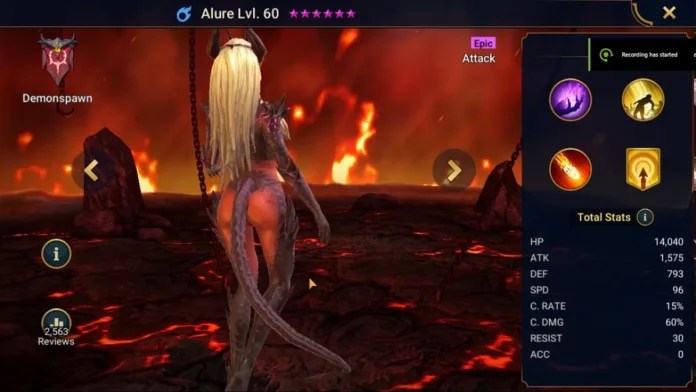 The game heavily relies on its Champions, of which there are a whopping 400+! Today we will be talking about one of them: Alure.

Alure is a Demonspawn Epic Champion. She has one of the, if not the best, turn meter manipulation A1 in the game.

This ability is by far the best in her kit, which means she is both fantastic and that books do not really improve her skills.

Outside of Fire Knight, Alure also has real strength in Faction Wars, especially for all of the boss encounters, and is also showing great performance in Doom Tower in bosses like Borgoth the Scarab King and Agreth the Nether Spider, although players need to be careful of the damage she also does to herself.