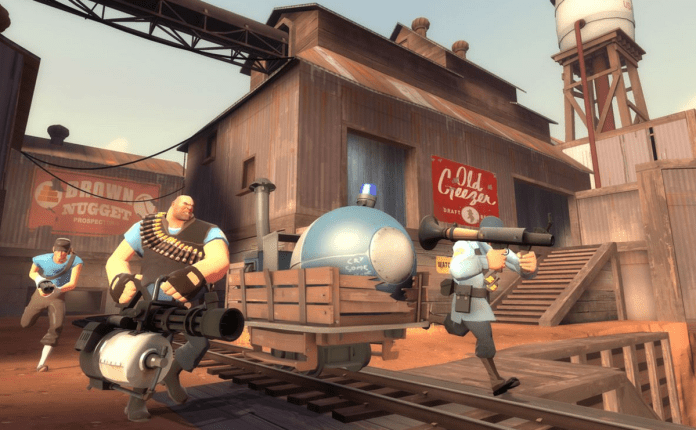 Team Fortress 2 is a legendary multiplayer hero shooter that allows you to play many different characters. All of them have their unique roles and you may want to know more information about them. So, in this guide, we will provide you with a list of all Team Fortress 2 characters.

There are many characters that you can play in Team Fortress 2 and each of them possesses unique abilities and weapons. So, in this guide, we will tell you about them and will provide you with a short description of their equipment, skills, and roles.

Related: Can You Play Overwatch 2 On Switch? – Answered

Scout is a glass cannon character and you will need to be careful with him. He is able to move really fast and deal quite a solid amount of damage with help of his shotgun and melee weapon. However, Scout has low HP and we recommend you strike your opponents from flanks when you play this character.

Soldier is an all-rounded character that is able to take some hits and deal a decent amount of damage. His iconic weapon is a rocket launcher and with its help, you will be able to defeat your opponents. Also, the character has a melee weapon and some cool secondary pieces of equipment.

Demoman is a character that prefers to use grenade launches. He has a huge list of different weapons of this type and you will be able to choose any of them. This hero allows you to attack your opponents from unexpected angles and deal a decent amount of damage to them.

Heavy is one of the most popular characters in Team Fortress 2. This tough guy wields a machine gun that is able to deal tons of damage. Also, he has a huge pool of HP. However, he is very slow and his model is big. So, your opponents will likely focus on you and you will need some teammates to cover your flanks.

Medic is another iconic Team Fortress 2 character. He is able to heal his teammates and buff them. One of the most popular strategies is the combination of Heavy and Medic. These characters are able to crush their enemies when they work together.

Spy is a character for those who prefer a risky playstyle. He is able to turn himself into a character from an enemy team and deceive his opponents. After that, the only thing you need to do is to choose the right moment and strike someone in the back.

Sniper is a hero that allows you to stay behind your allies and deal tons of damage to your opponents. His rifle can be used to make precise shots and take down the key characters of the opposing team.

Pyro is a character that specializes in AoE damage. He wears a big flamethrower that is able to cover a huge area with fire. Also, it can be used to detect Spies in your team as they can’t escape this flame.

The last character on this list is called Engineer and he is the best defender in this game. He is able to build various structures like turrets, dispensers, and teleporters. These features are very useful when you need to protect a certain area from incoming opponents.

As you can see, Team Fortress 2 has a huge list of characters and hopefully, this guide will help you to choose the one that you like the most. Also, there is another hero shooter game known as Overwatch 2 and it has a new character called Kiriko. Here you can read our guide on how to unlock Kiriko for free in Overwatch 2. Good luck with your further matches in Team Fortress 2!