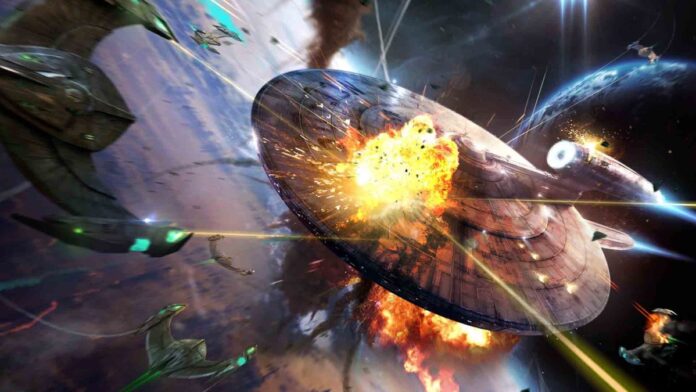 Recently, Star Trek Fleet Command released an event inspired by the new show Star Trek Strange New Worlds. Exclusive to Paramount Plus, this show chronologically takes place a few years before Captain Kirk joins the Enterprise. The story follows Spock, Christopher Pike, and Number One on adventures together in the galaxy.

How The Questions Work

Some of the questions are inspired by other Star Trek series, so if you’re a newer fan, they might be unfamiliar to you. The fact is, Star Trek is a franchise spanning many years with lots of different series and it’s impossible to keep up with them all. Fortunately, most of the answers are easy to find.

A Warning Regarding Spoilers

Whether you choose to play on PC or mobile, You should be aware that many of the questions are basically spoilers for Strange New Worlds, so if you do not want spoilers for the show or it is not available in your country yet, you might want to skip these quizzes completely.

The Answers For Question 2

In the second question, you will be asked something that has roots in Star Trek: The Original Series. The question is, who does Spock temporarily switch bodies with during the episode Spock Amok?

You’ll have the option of A. M’Benga, B. Una, C. La’an, or D. T’Pring. The correct answer you’ll want to pick is D, T’Pring. Depending on your answer, you’ll have to do a task. For those unaware, T’Pring has been Spock’s betrothed a few times over the franchise, so it’s only fair she would appear in Strange New Worlds.

If you picked answer D, you’d do the quest of using one Speed Up. You can use any Speed Up you have on hand for this, but if you have the One Hour ones, those will work the best.

Hopefully, this helped you answer the question correctly and will give you an idea of how to approach the other questions as well!