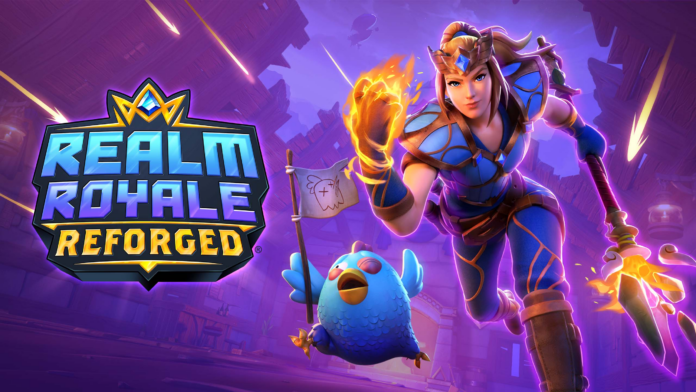 Hi-Rez Studios is known for its multiplayer games that allow you to play different characters and participate in exciting matches with other players. One of their newest projects is called Real Royale Reforged and there are lots of gamers who would like to play it. Some of them may want to know the platforms this game will be available on. So, this guide will provide you with a list of all Realm Royale Reforged Platforms.

There are lots of different multiplayer games that allow you to participate in challenging competitions and one of the most popular genres is Battle Royale. There you will have to fight alone or bring a small squad of teammates. Such games put dozens of players in the arena and force them to fight with each other. The one who will stand in the end is the winner.

Hi-Rez Studios is a publisher that has a few successful multiplayer games and now they release Realm Royale Reforged. In the beginning, this project was the battle royal game mode in another game called Paladins. However, now it is a separate game and there are lots of users who would like to join this battlefield.

There are a few different platforms that you can use to play video games. So, you may want to know which of these devices can be used to run Realm Royal Reforged. Here is the list of platforms that this game is available on:

As you can see the game is available on many different platforms and if you own one of them you will be able to play it. Also, you will be able to get access to it via Epic Games Store. Good luck in your further royal battles in Realm Royale Reforged!