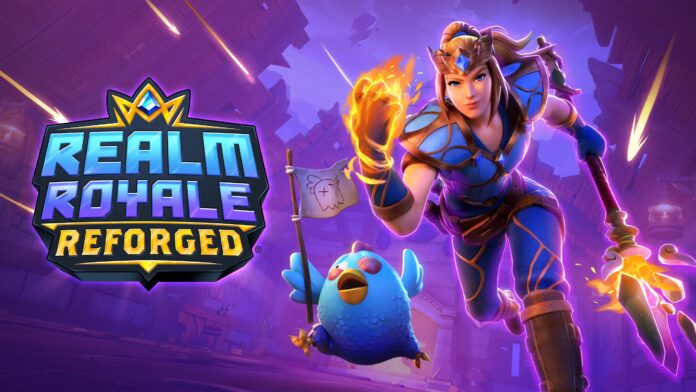 Realm Royale is a free-to-play battle royale spinoff of Paladins that recently got a new Reforged update with new and exciting changes. Some of the changes include the return of armour, a new set of skins and movement abilities and combat abilities have been added.

Cross-progression allows a player to continue their game on a different platform. For instance, if you’ve been playing Realm Royale on PlayStation for some time and wanted to play the game on Xbox, you can sign in and continue with your game progress intact.

Upon starting the game for the first time, you can choose to create your Hi-Rez account which will allow you to carry over your stats and achievements between platforms whenever you sign into a new console or PC.

The developers brought cross-play to all platforms from October 2019. And unlike cross-progression, cross-play does not require players to connect a Hi-Rez account to activate the feature. But if you want to play with a friend on another platform, you will need the account connected.

The game also has an in-game voice chat feature which means you won’t need to depend on Discord to speak to friends who are playing on a different platform. Also, if you and your teammates have a mixture of players using controllers and keyboard and mouse, you will be placed into a queue only against teams with mixed inputs as well.