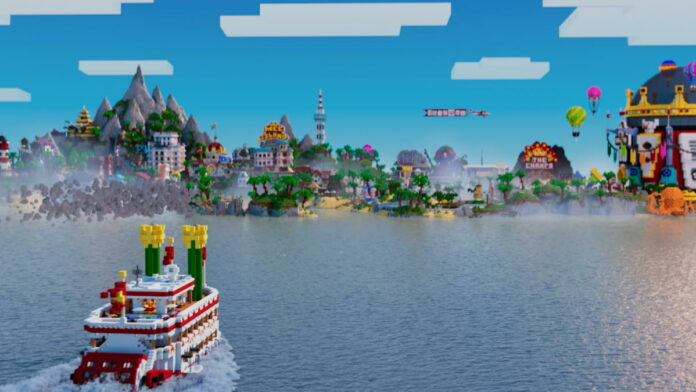 Noxcrew, one of the biggest Minecraft content creator groups, hosts an annual competitive tournament called the MC Championship. It’s a tournament open to everyone, and players will compete in a variety of mini-games, including parkour, combat, and teamwork games. Noxcrew creates custom mini-games for the tournament, and now you can enjoy them with other players on an upcoming public server! Today, we’ll show you all possible mini-games included in MCC Island!

Noxcrew is currently developing a new public server for Minecraft: Java Edition called the MCC Island. Right now, it’s in alpha testing, but they’re accepting applications for the beta testing phase. You can sign up here if you’re interested!

As mentioned, Noxcrew is a group of Minecraft content creators that have made a name for themselves with their high-quality maps and mini-games. If you’ve played Minecraft online on a public server, there’s a good chance you’ve heard of them. They’re now an official Minecraft partner for the Bedrock Edition, and you can purchase their maps and resource packs on the store.

Their biggest claim to fame though is their MC Championship event, an annual tournament on custom maps. Noxcrew creates their own custom mini-games with their own rules, and they’re a blast to spectate!

Ace Race is a parkour mini-game where players must race around a big track full of obstacles. To help you get through the course faster, boost launchers are littered throughout the track, and you’ll go flying into the air if you go through one!

Battle Box is a PvP mini-game where two teams of four players duke it out to capture a central objective. All players only have one life and one minute to capture the objective, so teamwork is essential to victory!

Big Sales at Build Mart is a building mini-game where teams must communicate and work together to build as many monuments as they can. The monuments must be made out of specific blocks, so work together with your team to ensure you grab the right blocks.

Grid Runners is a cooperative mini-game where teammates are placed into separate courses. They must run through their obstacle course, but they’ll also need to communicate with their team and give each other clues to solve puzzle rooms.

Hole in the Wall is an obstacle mini-game where players must stay alive for as long as possible. You’ll be on a small platform with the other players, and giant walls advance towards the platform. The only way to survive is to squeeze through the small openings!

Parkour Tag is a team parkour mini-game of tag. Teams will have one player each that is considered the Hunter, and they must work together with their teammates to hunt down and tag the opposing team!

Sands of Time is a treasure hunting mini-game that will test players’ self-control. Teams dive into a mysterious dungeon full of treasure, but their time is limited and must be refilled with sand. The deeper you go, the better the riches, but if your time runs out, all treasure is lost!

Sky Battle is based on the classic Minecraft PvP mini-game, Skywars. Teams start on their own corners of the map with access to all sorts of resouces. Build up your fort, fight your way to the center of the map, and conquer the enemy team!

Survival Games is the classic battle royale mode that most Minecraft players love. All players are dropped into the map with no resources—they must scavenge for weapons and supplies to fight against other players in grueling skirmishes. Only the last man standing wins!

TGTTOSAWAF, short for To Get To The Other Side (and Whack a Fan), is a building free-for-all mini-game. Players must build their way to the other end of the map and smack a fan, but watch out—other players may try to sabotage you!

Rocket Spleef Rush is a battle royale that takes place high in the sky. Everyone is equipped with Elytras and rockets, so watch out for bombardments from above. You’ll need to be the last man standing to win, but with the ground quickly disappearing, you’ll need to make skilled use of your Elytra to stay afloat.

Related | How to Read the Minecraft Enchanting Table Language

Meltdown is a team battle royale that takes place in a chemical planet that’s about to blow! Teams must make their way to the center escape point while grabbing crates along the way. Players are armed with bows that can freeze opponents, so careful aim can stop your opponents dead in their tracks.

Dodgebolt is the adrenaline-pumping grand finale! Two teams duke it out in a classic dodgeball game, except the dodgeball is a quick bolt of lighting. One strike, and you’re out! The last man standing brings it home for their team in this finale that will keep fans on the edge of their seats.

These are all the games that were seen during the MC Championship, so we’re expecting most of these games, if not all, to show up in the MCC Island. Of course, MCC Island is still in development, so lots of things can change.

MCC Island is planned for a full release sometime this year. If you can’t wait to try it out, make sure to register for the open beta test on the official website. Also, don’t forget to follow their official Twitter account, @MCCisland_ for news and updates.

That concludes our list of all possible mini-games included in MCC Island. Which mini-game are you most excited to try? Let us know in the comments below!