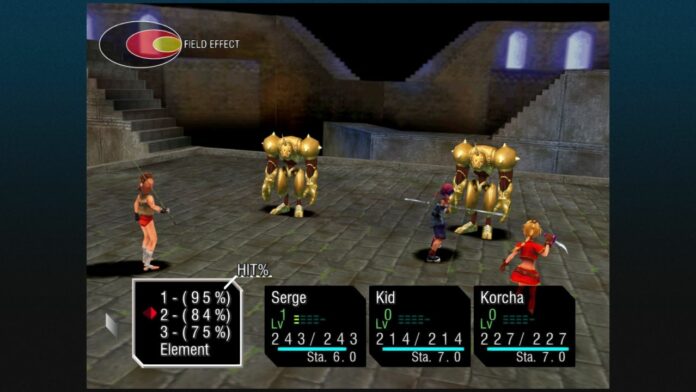 Chrono Cross: The Radical Dreamers Edition features a lengthy story campaign sporting many different characters to unlock, multiple story paths and endings, but the fun is only about the begin when you complete the game once, as plenty of new stuff gets unlocked once you defeat the Time Devourer.

All of the additional content that gets unlocked after defeating the final boss is available in New Game Plus mode. Here’s everything you need to know about it.

All New Game Plus Features in Chrono Cross: The Radical Dreamers Edition

New Game Plus mode in Chrono Cross: The Radical Dreamers Edition is unlocked right after completing the game once. The game will prompt you to save your clear data, and by loading it you can either start the game in New Game Plus mode or in Continue Plus mode, the latter allowing you to select a different save file and retain some of the stats, elements and items you have obtained in your previous playthrough.

New Game Plus comes with multiple features not available in the first playthrough. These features are meant not only to speed up your second playthrough, but also to unlock additional endings and more. The biggest additions are the Relief Charm, which lets you remove Serge from your party, and the Time Egg, which allows you to access the purple portal in Opassa Beach to fight the Time Devourer at any time you want to unlock additional endings. The original game’s New Game Plus also unlocked the ability to slow down and speed the game with the trigger buttons, but this ability is available right from the start in the remaster.

In New Game Plus, you not only retain most items and elements you have obtained in the first playthrough, but also all recruited characters, who can be imported in the new playthrough by visiting Sprigg’s home in the Home World’s Hydra Marshes. If you’re in the mood for an additional combat challenge, you can also fight Ozzie, Slash and Flea in The Bend of Time. Magus’ former henchmen are as powerful as they have ever been, so prepare for a though fight.

All New Game Plus Features in Chrono Cross: The Radical Dreamers Edition