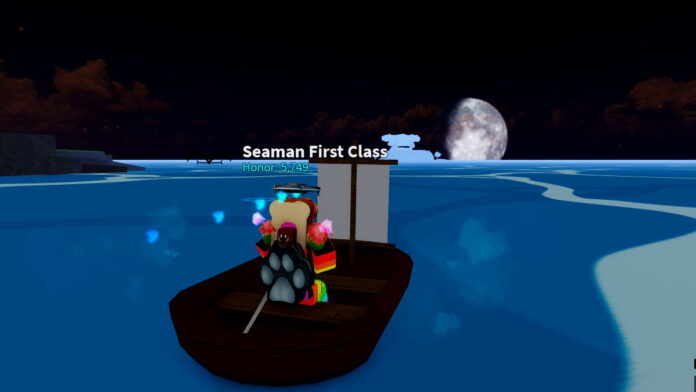 Blox Fruits, one of the most popular Roblox experiences based on the popular hit manga and anime series One Piece, has received a new update. Update 17 part 3 adds a plethora of new content, plus some old content has been reworked. Today, we’ll go over all new features in Blox Fruits update 17 part 3!

Update 17.3, officially dubbed update 17 part 3, has finally arrived in Blox Fruits. This update adds lots of new content for veterans players to sink their teeth into, alongside a slew of bug fixes and quality-of-life improvements.

First and foremost, the biggest change is the increased level cap, which is now up to a whopping level 2,400! Players can grow even stronger now with enough training, which is going to be necessary to explore the new content.

Alongside a new island, update 17.3 also introduces a brand-new raid boss, a new fighting style called God Human, and new gear. There are three new mythical items: a gun, sword, and the Leopard fruit. The Dough fruit also now has an awakening mode, as well—check it out below!

Related | How to Get Saber V2 in Blox Fruits

There is also a new fighting mechanic called Race Awakenings. During battle, your awakening meter will charge, and once it’s full, you can unleash a special move that boosts your offensive capabilities for a short time. Use this to turn the tides!

Many weapons and fruits have gotten completely reworked with this update, modifying and adding new moves. Here’s a complete list of weapons that got reworked:

This update also introduces a lot of convenience options and bug fixes. You don’t have to talk to Inventory NPCs anymore to switch out your gear, as it can now be done through your menu. The entire inventory system has been reworked as well, so you can find stuff much faster.

Finally, a big portion of the game got a nice makeover. Many animations and character graphics have been touched up to look a lot nicer, for added immersion.

That about wraps up the update notes for update 17 part 3. We hope you enjoy sailing the seven seas, and if you have any other questions, let us know in the comments below!