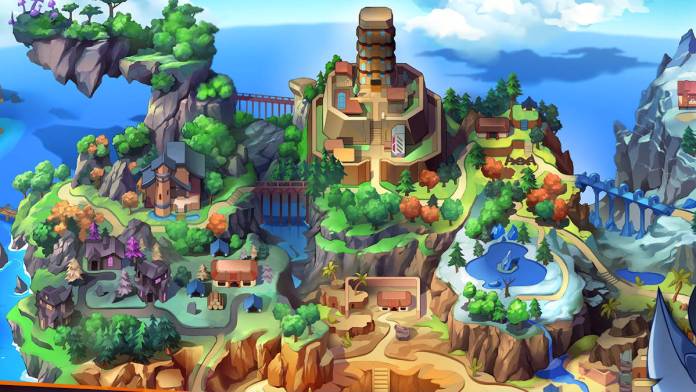 Legends tell of Nexomon so powerful that their very presence must be kept a secret to avoid disaster. Sounds pretty badass honestly! Completing the main story of Nexomon: Extinction proves that you’re strong enough to go after the legendary Nexomon. Today, we’ll show you all legendary locations in Nexomon: Extinction!

Once you’ve completed the main story and defeated Vados, you’ll have access to the endgame content, most of which involves hunting down the legendary Nexomon. The first set of legendary Nexomon you can get are the Greater Drakes, which are acquired through the secret vaults.

Before you can start hunting the Greater Drakes, you’ll need to get their respective tributes from the secret vaults. There’s a Drake and tribute for every element in the game, and if you need help finding the vaults, please check out our guide on every vault and tribute location in Nexomon: Extinction.

Once you have the tributes, you can go after the Greater Drakes. They are in the following locations:

Related | How to Change Clothes in Nexomon: Extinction

Upon defeating Vados, you can talk to someone in the Tamer’s Guild in Parum City on the third floor. Logan explains to you that there may be a way to revive ancient Nexomon, but first he’ll need special blueprints. You can find the blueprints for the Resurrection Machine in Nexolord Tower.

Once Logan builds you the Resurrection Machine, you’ll need to find the correct spot to summon the Nexomon, along with 25 shards of its matching element. You can look for the Tyrants in the following spots once you have the shards:

Related | How to Have a Follower Companion in Nexomon: Extinction

Additional Tyrants are released after the defeat of Vados, and unlike the other legendary Nexomon, these guys are a little harder to track down. These Tyrants like to roam around in a region that matches their element, but they’re never in one specific spot at all times. You’ll have to fight random battles in their respective regions until you happen upon them, so be warned—this process may take some time!

Those are all the legendary Nexomon in Nexomon: Extinction. If you have any other tips for hunting these guys down, let us know in the comments below!

All Legendary Locations in Nexomon: Extinction