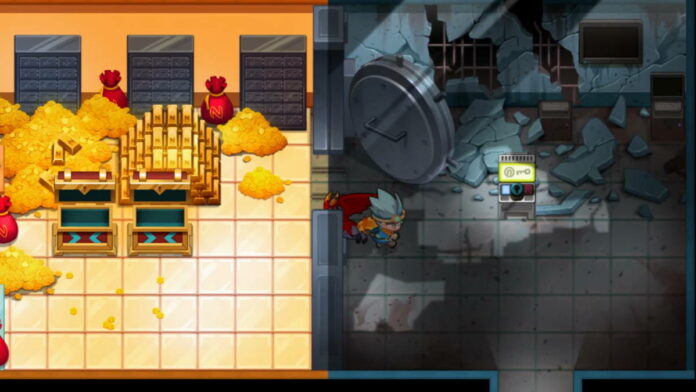 Spencer’s secret vaults in the world of Nexomon: Extinction are the key to unraveling the history of the land. The vaults also hold the items you need to tame the legendary drakes, so they’re worth seeking out. Today, we’ll show you every vault and tribute location in Nexomon: Extinction!

Warp to the Outlands, then head south. When you enter the new area, keep heading south, and you should see a cave entrance blocked by vines, so burn them away. Head north and use the wind power to get up the cliff, then go east. Go east one more screen, and you should see a broken vault door. Head inside to claim the vault.

Go to the Outlands warp point, and head east. Go through the grass, and you should see a small mine shaft entrance next to a person. Head inside, then go northwest and go down the big stairs. Go southwest, then go down another set of big stairs. Head east, but don’t leave the screen—go up to reach the vault.

Related | How to Change Clothes in Nexomon: Extinction

From the Immortal Citadel warp point, head east two screens. From there, you should see a small opening to the north. Follow the grass north, and you’ll see a crypt entrance. Once you’re inside, go north and use your wind power to get across the gap. Head east and down the stairs to find a broken vault door.

Head north from the Ignitia warp point. Keep heading north, as you’ll have to go about three screens until you reach a cave entrance. From there, go northeast but stick to the left when the path splits two ways. You should be in a room with multiple wind points, so go past the first set and use the second set leading to the west. Head north from there to find the broken vault doors.

The next one is also in Ignitia. From the warp point, go east until you reach the village, then go south. Follow the grass path to the west, and you should see a cave entrance with a person next to it. Inside the cave, go east, following the mine cart rails to find the broken vault.

At the Drake Isles warp point, head east. Go down the stairs and head into the cave entrance behind the trees. Inside the cave, keep heading north, following the mine cart rails. Use wind to get across the big gap, where the vault doors await you.

Warp to the Frozen Tundra, then head south until you see a campfire with three people around it. Go east and then down the ladder to enter a cave. Inside the cave, head to the southeast and go past the icy lake. Follow the mine cart rails, as they’ll lead you to the vault doors.

Head west from the Orphanage warp point, then go south. You should see a small island with water around it, so use the wind power to get across and enter the hole. You’ll be greeted with a big room full of wind points, so use them to go west. Leap up the ledge and follow the mine cart rails to the vault.

Go east from the Lateria warp point until you’re out in the wilderness. Keep heading east until you get to an area with a small island. Freeze the water to create a bridge, then enter the cave. Head straight north to get to the vault.

That’s it! You now have everything you need to go after the legendary drakes. If you have any other questions about finding the vaults in Nexomon: Extinction, let us know in the comments below! 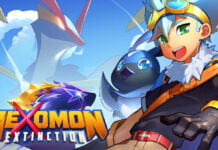 How to Change Clothes in Nexomon: Extinction

How to find Mega Rare Monsters in Nexomon: Extinction

How to Check IVs in Pokemon Sword and Shield

How to Find a Lightning Storm in Fortnite? – Answered