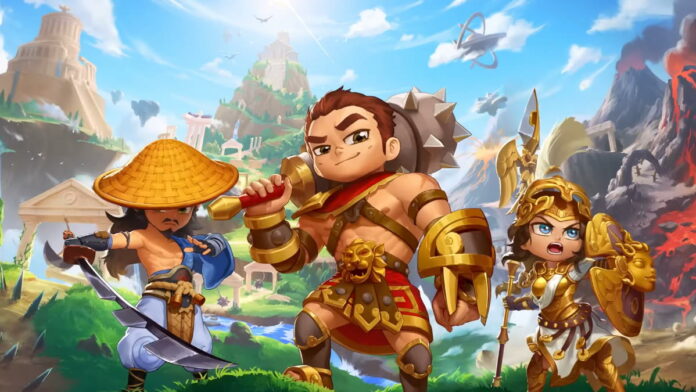 Divine Knockout is a 3D platform fighter where players assume the role of gods and goddesses from classic mythology. The game is a self-touted “physics brawler,” which means you’ll feel the literal weight behind each attack—whether you’re on the receiving end or not!

Similar to how Hi-Rez’s Smite, which took the MOBA formula and turned it into a third-person action game, Divine Knockout aims to take platform brawlers like Super Smash Bros and transition them into a full 3D environment. Here’s the official first look for the game!

Related | How to Sign-Up for Divine Knockout Closed Alpha

This gameplay reveal shows off the basics of the game. Divine Knockout uses a 3-on-3 format, and each god has access to four unique skills. Dealing damage to opponents increases their percentage, and the higher their percentage is, the farther they fly when they’re hit. Gods that fly too far will be knocked out!

Divine Knockout features multiple game modes. We have the standard survival match where your objective is to knock out all of your opponents before they do the same to you, and there’s also modes that focus on teamwork.

In “Grab the Oddball”, your team’s objective is to grab the Oddball and hold onto it for as long as possible. In “Control the Zone”, both teams will fight over a small capture zone. The longer you stay in the zone, the more points you’ll earn. These are the three modes shown in the gameplay reveal trailer, but more will be added when the game is officially out.

What do you think of all Divine Knockout gameplay revealed so far? Are you interested in trying it? Let us know in the comments below!