Cobra Kai Season 4 has finally aired on Netflix, an extension of the 1984 film, “The Karate Kid”. Meanwhile, Epic Games has revealed their next collaboration with the famous Karate Kid spin-off series, Cobra Kai.

As a result of this crossover, Epic Games has added some new skins to Fortnite sourced from this popular show. Although they’re not officially based on Cobra Kai characters, yet these in-game characters look similar to Cobra Kai actors.

Epic Games has introduced Cobra Kai skins for these characters in Fortnite:

Similar to other skins, players can purchase the above skins from Fortnite’s in-game store. Each character costs around 800 VBucks which is nearly $8/£6.49. Beyond this, a couple of new accessories have also been introduced in the game as a part of this crossover, including Back Blings, Pickaxes and Crane Kick emote.

If you still have any questions regarding the Fortnite Cobra Kai characters, feel free to ask them in the comments section. 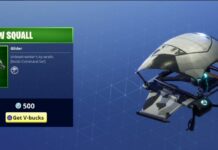 How to Get the Snow Squall Glider in Fortnite 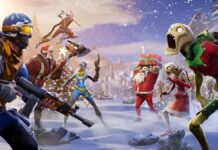 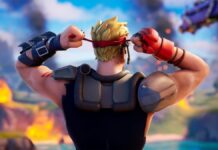 Fortnite Chapter 3: How to Experience Re-fill Effects for 15 Seconds