Home Guides All Cheat Codes In Scott Pilgrim vs. The World: The Game Complete... 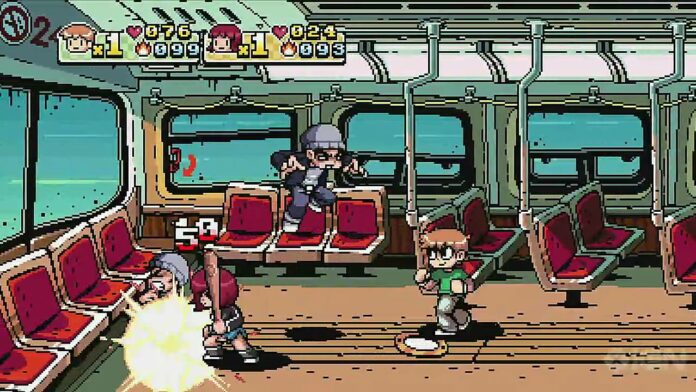 Scott Pilgrim vs. The World: The Game Complete Edition can be a very challenging game, especially if you have never played a classic sidescrolling beat’em up from the late 80s, early 90s. We have put together a tips and tricks guide to help you on the streets, but if that was not enough, and you want to make your life even easier, you have no choice to use cheat codes to unlock the ultra-powerful Power of Love sword

Cheat codes, like pretty much almost every little feature in the game, are a tribute to video games of old, so do not expect to find a menu where to input them. To make them work, you will have to input them on the title screen.

The following codes can be used to unlock three different new modes – Boss Rush Mode, Zombie Survival Mode and Blood Mode. Use them if you want to be challenged further by the game.

The following codes can be used to introduce some significant gameplay changes – the ability for different players to control the same characters, turn coins into bunnies and unlock the Power of Love sword earlier. The final code in particular can make the game way more manageable.