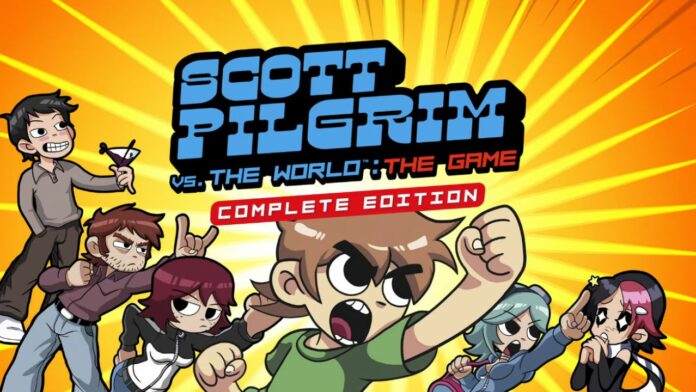 Scott Pilgrim vs. The World: The Game Complete Edition marks the return of the amazing side-scrolling beat’em up released years ago on PC and consoles, complete with some new features and quality of life improvements that make the experience even more enjoyable. This new version of the game, however, does not make it any easier, so if have never experience the original game, or the side-scrolling beat’em up games of the late 80s, early 90s, there’s a good chance you will have some troubles making it out alive.

This is where we come in. In this guide, you will find a selection of tips and tricks that will help you not only obliterate any and all opposition, but also have tons of fun!

Co-Op is the Way

Scott Pilgrim vs. The World: The Game Complete Edition is primarely a multiplayer game, and it shows right from the very first stage. Enemies come in high numbers, they hit hard and don’t go down without a fight. This is way playing the game together with at least another player is almost a requirement: different characters can perform some powerful combination moves and can even revive players that have been defeated. The Complete Edition makes it easy to play the game together with others thanks to online co-op so don’t be shy: go and make some friends out there!

The Whole World is a Weapon

Hand to hand is the basis of all combat, but we’re not here to fight enemies honorably: we’re here to destroy them. As such, always make sure to pick up any object you see and use it as a weapon. As a general rule, these weapons deal more damage and have much better range, so they can be unvaluable when dealing with groups of enemies.

Only one character in Scott Pilgrim vs. The World: The Game Complete Edition may not have the need the need to pick weapons on the ground. We’re talking about Ramona, who can unleash a variety of different weapons by holding the X button for 5 seconds. This requires 20 Gut Points to perform, but the benefits are well worth this cost.

No matter which character you like to play, always make sure to upgrade them as much as possible. Not only this will allow you to take on even more powerful enemies, but also to expand the characters’ movesets, making combat more varied and fun.

Pay Off Your Debts

Scott Pilgrim has ammassed a huge debt at the Video Store, and paying it off can yield some unexpected benefits. Once you manage to pay off the $504.25 debt, you become able to rent different videos for $4.95. These videos grant some amazing bonuses that can make your life much easier, boosting stats and increasing XP for easy level-ups.

Speaking of shops, Wallace Well’s Scecret Shop is another place where you will want to spend your hard earned money. The shop is located in the Frozen Suburbs level: follow the ramp that leads to an underpass in the stage to get the chance to purchase some powerful, yet pricey, weapons. 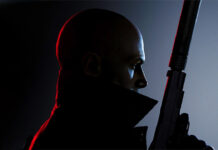 Hitman 3 Tips And Tricks For Beginners 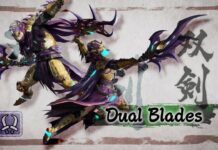 How To Use Dual Blades In Monster Hunter Rise 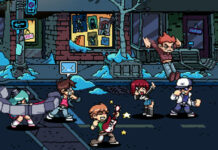