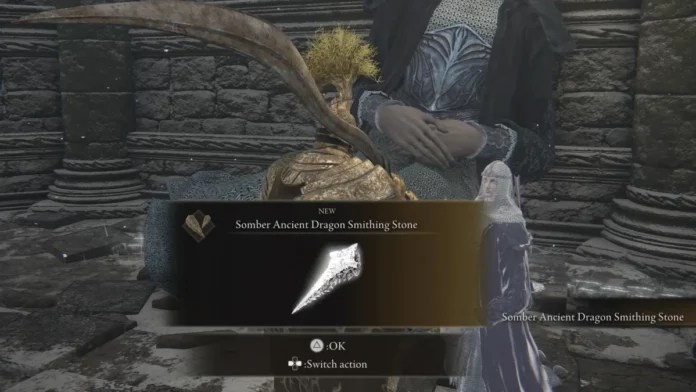 The Soulsborne games are known for their difficulty level, and Elden Ring is no exception. To ease this journey, the game provides a plethora of weapons to work with, including a variety of different playstyles. Today, we will be talking about items that can strengthen some of these weapons, the Ancient Dragon Smithing Stones.

Smithing Stones in Elden Ring are required to upgrade weapons to higher levels. If players wish to compete with the end-game bosses and enemies, they will undoubtedly need to upgrade their weapons to as far as they can go.

Normally, Smithing Stones allow for upgrading up to +8. To go even further beyond that, Ancient Dragon Smithing Stones will be required. These stones are quite rare and players would be wise to use them only on the best possible weapons that they decide to keep all through the game.

There are a total of 12 Ancient Dragon Smithing Stones in the game and these are their locations:

Mountaintops of the Giants – 4 Stones