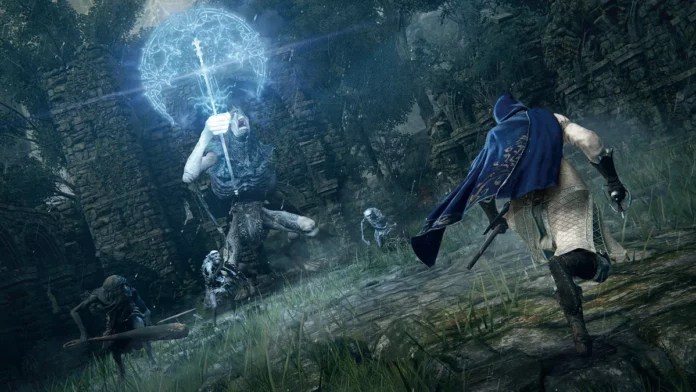 The Soulsborne games are known for their difficulty level, and Elden Ring is no exception. To ease this journey, the game provides a plethora of weapons to work with, including a variety of different playstyles. Today, we will be talking about Ashes of War in Elden Ring and highlighting the best ones.

As is with anything in the game, there are good and bad Ashes of War. We will be listing the best ones in this game in terms of tiers ranking from S to F.

S-Tier: Bloodhound’s Step
Like a more maneuverable version of Quickstep that travels a greater distance, Bloodhound’s Step performs a fast-paced dash move. The reason this is S-tier is that it fits any build and also grants brief invincibility when the character disappears during the dash.

A-Tier: Phantom Slash
The skill of this Ash of War creates an apparition of a knight who joins players in a joint lunging upward swing, with room for a follow-up attack. The apparition generated by the skill has more range and cannot be damaged. It can be extremely useful with a heavier strength build, causing almost double the damage on a strong hit.

B-Tier: Seppuku
This grisly Ash of War makes players stab themselves to coat their blades with blood, increasing its attack power and blood loss efficacy. Best paired with a dexterity build to get the most out of the fast attacks and bleed build-up for maximum efficiency.

C-Tier: Flame of the Redmanes
The skill from this Ash of War causes players to produce a powerful burst of flames in a wide forward spanning arc. It is extremely effective at staggering enemies while also providing fire affinity. The stagger effect also appears to work on bosses even though it takes more uses to do so.

D-Tier: White Shadow’s Lure
Perform a silent prayer while holding the weapon to create a white shadow. The apparition lures in human foes who are not in combat, drawing their aggression. Effective on demi-humans even if they are already in a combat state. It deals no damage but it is great for crowd control.

E-Tier: Hoarfrost Stomp
The skill offered by this Ash of War makes the character stomp the ground to create a wave of freezing mist that applies Frost status to enemies. This hits a decent AOE and is able to affect a lot of enemies at once.

F-Tier: Bloody Slash
Triggering this Ash of War skill causes players to coat their blades in their own blood and fire a blood-bladed projectile. It adds range to regular bleed builds, though there is self-damage involved in doing so, so players should be careful. This Ash of War would be way higher up the list if it did not get nerfed in the recent patch.

Best Ashes of War in Elden Ring on Steam Deck