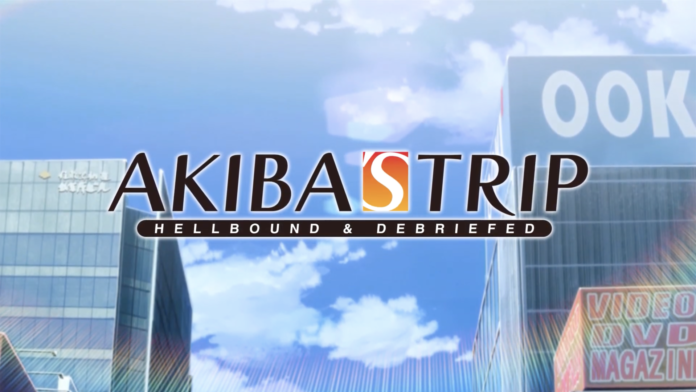 Akiba’s Trip: Hellbound & Debriefed is going to hit all Western Nintendo Switch owners in a few months with its extremely weird experience.

Publisher XSEED finally confirmed that the remake of the original first entrey in the series is going to be released this Northern Summer in the West on Nintendo Switch as well as PlayStation 4. The publisher also confirmed a 10th Anniversary Edition which will include a copy of the game as well as an artbook featuring original illustrations and an official soundtrack featuring 47 tracks.

Akiba’s Trip: Hellbound & Debriefed will bring the original’s extremely unique experience on modern hardware. The game will feature a massive visual upgrade over the original as well as the same interesting world that fans have come to love since the beginning of the series.

In case you never had the chance to play any game in the series, you can learn more about Akiba’s Trip: Hellbound & Debriefed by watching the announcement trailer on YouTube.